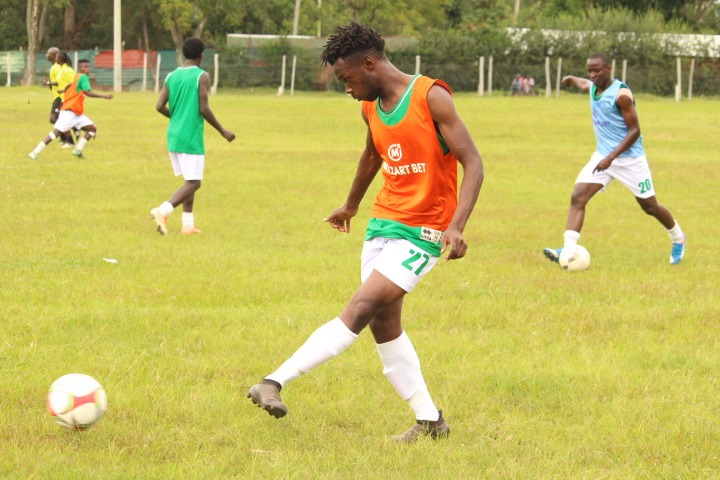 Mathare United striker Daniel Otieno has set a target of ten goals in the new season.

Mathare is yet to take to the field this season after their week one tie against Ulinzi Stars was cancelled but the player is upbeat that his side can make a top-five finish in the new campaign.

“We can’t wait to get going because everyone is ready,” Otieno told Pepeta. “We have added some good players in our side and I am confident that will do better than what we gave lasts season; a top-five finish being our target.”

“Personally, I have set a target of ten goals. I want to help the team more by being involved in the games and assisting goals where I can.”

With the cancellation of their Ulinzi game, Mathare will now Kick their campaign off with a tie against Zoo FC on Wednesday 9 December at the Green Stadium-Kericho.