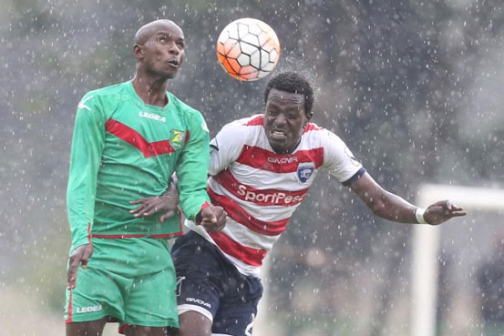 Omondi who is currently without a club hopes to find one in the next window but while a lot of effort has been put in being back in shape for tussles on the pitch, the player is setting a blueprint in the coaching world once he hangs his boots.

In an interview with Pepeta, Ray admitted that he has always had a passion for coaching and thought it was wise to start getting the required badges as early as possible.

“I’m so much into coaching because it’s something I want to do once I hang my boots. I wanted to show my fellow players that any of them can pursue their dreams in the different field even if they are still actively involved in playing,” Omondi said.

The striker further stated that he wants to get higher papers in the coaching world and thanked the Football Kenya Federation for rolling the coaching courses.

“My aim is to for the UEFA Course but I had to start somewhere and I’m glad I passed the first test. Thanks to FKF too many people who harbour coaching dreams can now easily access these courses,” Omondi added.

Kenya U17 and U20 confirm CECAFA Participation

Fans may be allowed to watch Mashemeji derby