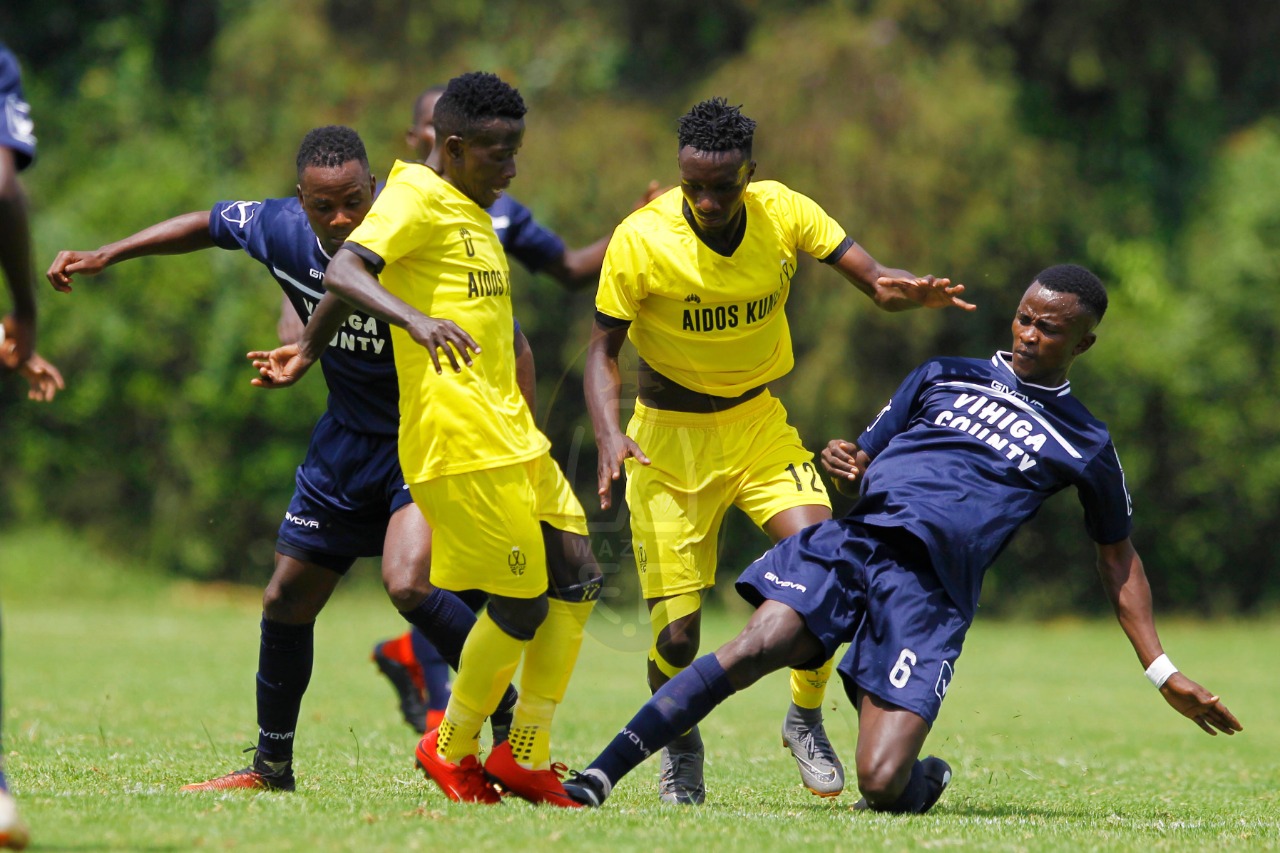 Vihiga United got a red card in their second successive game in the Football Kenya Federation Premier League as they went 3-1 down to Wazito on Friday afternoon.

With both teams having lost their first games of the season, it was Wazito who entered into the tie as the better side and they showed just why when they were to take a 12th-minute lead through former Gor Mahia attacker Boniface Omondi.

Dennis Nganga was to double that lead with a trademark freekick with both teams heading into the half time break with Wazito leading. After being handed a red card in their first game of the season against Homeboyz when Henry Juma was shown his marching orders, it was the turn of Sammy Sindani to be sent off after he confronting the referee when the teams were heading for the breather.

The one-man advantage worked in favour of the Francis Kimanzoi side with Whyvonne Isuza scoring their third just nine minutes after the resumption and even though Norman Werunga pulled a goal back with a great free-kick, it turned to be a mere consolation for a Vihiga side who are returning to the league after spending the last season in the National Super League.

FKFPL Fixtures: City Stars to be ushered in by Nzoia