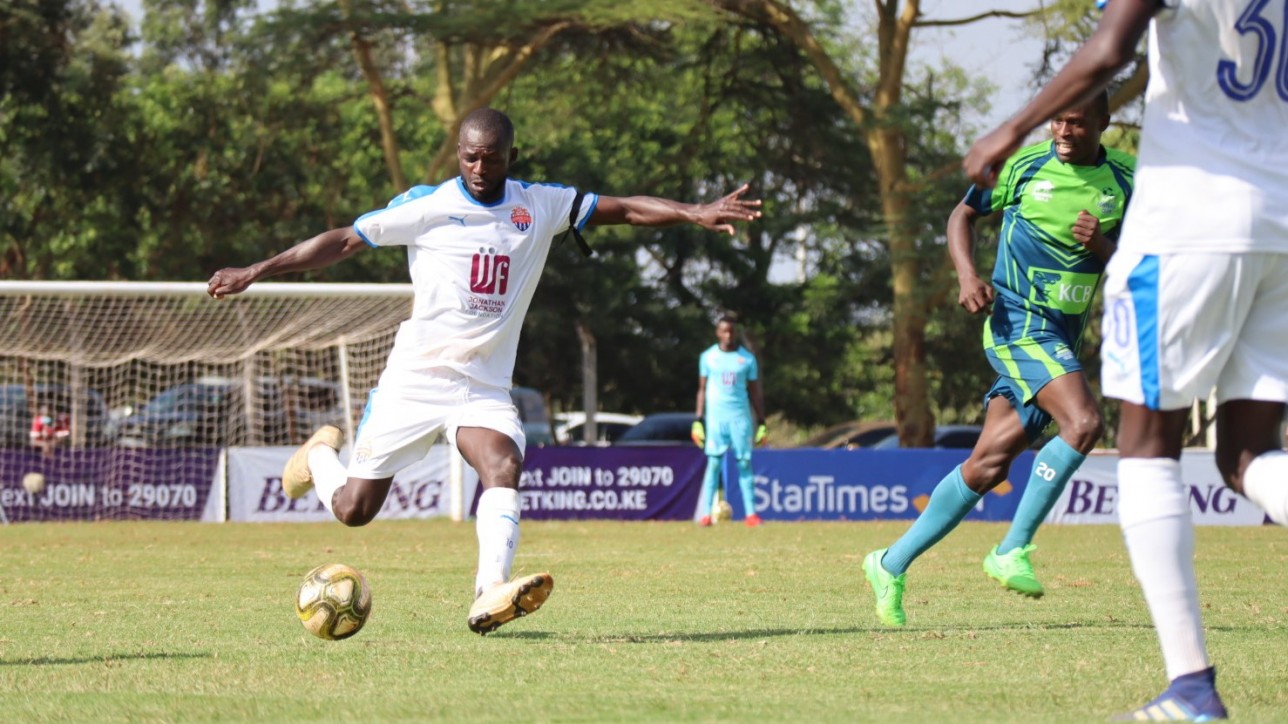 Nairobi city Stars midfielder Peter ‘’Pinchez’ Opiyo is glad that he is finally back in the Kenyan Premier League (FKFPL).

Opiyo who previously was in the books of AFC Leopards and Thika United was in Finland and Qatar. between 2014 to the end of 2018 and according to the midfielder, a lot of things has changed since his last days in the league.

“It’s a good feeling to be back playing in the (Kenyan Premier) league. It feels different though. It’s like I am in a whole new league that I have never played in before,” Opiyo is quoted by the club’s website.

The player has featured for his side in their first two games against Nzoia Sugar FC and KCB and will hope to get more minutes when they host Bandari on Friday and according to the former Harambee Stars man, they will be out for a win as they seek to keep pace with the leading pack.

“So far so good now that we are playing games week in week out. We need to win it to keep up with the pack at the top of the league,” he added.

The game against Bandari is Set to Kick Off at 3pm at Kasarani Stadium.