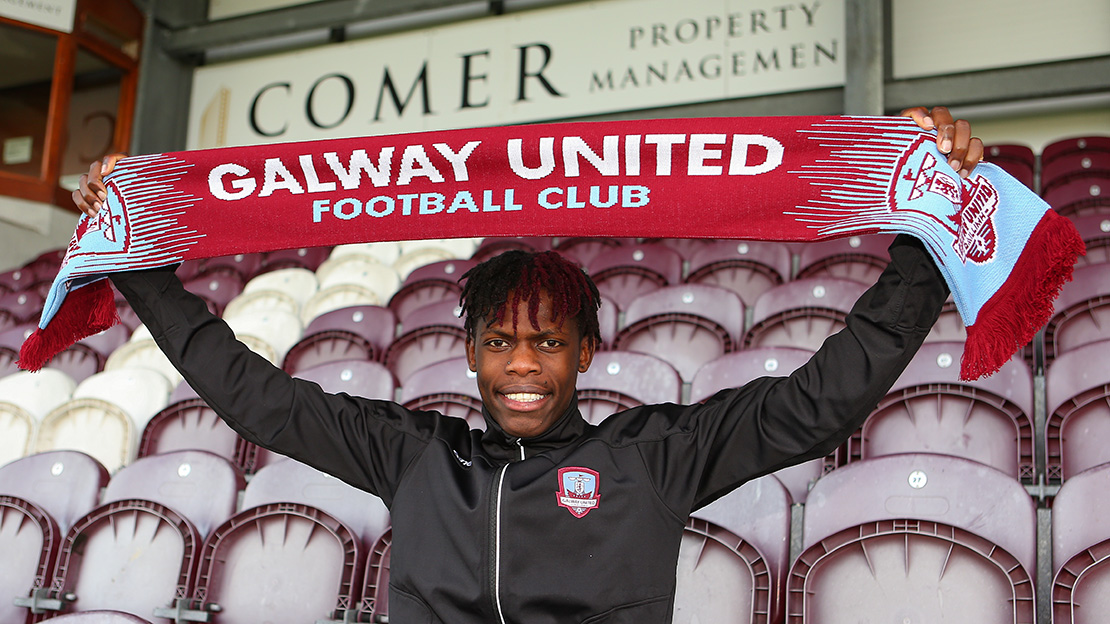 The club in a statement said: “Galway United are delighted to announce that Wilson Waweru has signed a contract extension.

“The 19-year-old attacker, who joined the club at under-17 level in 2017, has risen quickly through the ranks at Eamonn Deacy Park.”

Waweru who is eligible to play for the Republic of Ireland made his first-team debut in 2018 after excelling at the club’s academy level and continued to play under-19 football up until the 2020 season; the player scoring three goals in 2020.

Galway United manager John Caulfield said of the player: Wilson is another player that has come through the academy system at the club, he came in and did really well for me last season.

“We all know he’s a tremendously talented player, he’s got a very good touch and real raw pace. He’s a young player, so there are still aspects he needs to add to his game, but he has the potential to be a top player and he wants to learn and improve.”

On his part, the player said: “I really enjoyed my football last season. When John came in, you could see we were hungry to get results and we went on a great run then. I feel like for next season my job is to keep progressing by getting into the starting lineup as much as possible.”

Kenya U23 midfielder on the verge of joining Buildcon