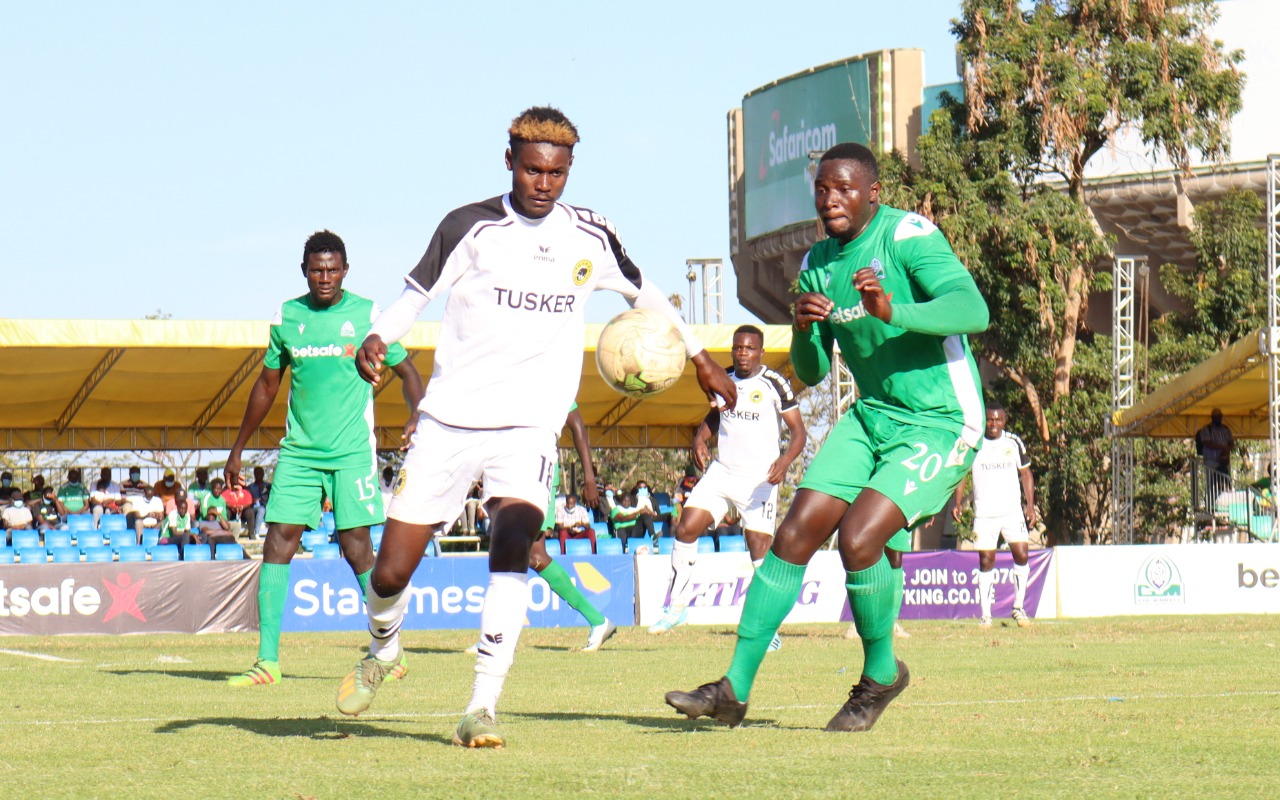 Tusker FC striker Henry Meja is targeting a total of 15 goals in his debut season in the Kenyan Premier League after opening his account against Gor Mahia.

Meja joined the Brewers in June 2020 after a good show in the Cleophas Malala Tournament in Kakamega; the player having been an alumnus of the famed Kakamega High School (Green Commandoes).

Having started the Wednesday game as a substitute, Meja rose from the bench to notch what proved to the winner and according to the player, Coach Robert Matano had given him a target of ten goals but added another five to his target.

“Personally I have a target of 15 goals this season. The coach had given me a target of ten goals but I believe I can do more hence the additional five,” Meja said after the game as snapped by the Tusker Media team.

On the goal, the striker said he hopes that it was one of the many he intends to score this season and thanked his elder brother Sammy Mejja who he plays with in the same team.

“It’s a happy feeling to score a goal. I have been looking for it and found one at long last. I hope it’s one of many and I’ll continue to work hard to continue scoring.

“It’s my first season in the Premier League and I’m trying my best. My brother (Sammy) has been very helpful with the adaptation here its him who wakes me up when we go for training,” Meja added.

Tusker who are now third on the log have a date against Vihiga United in their next league tie.