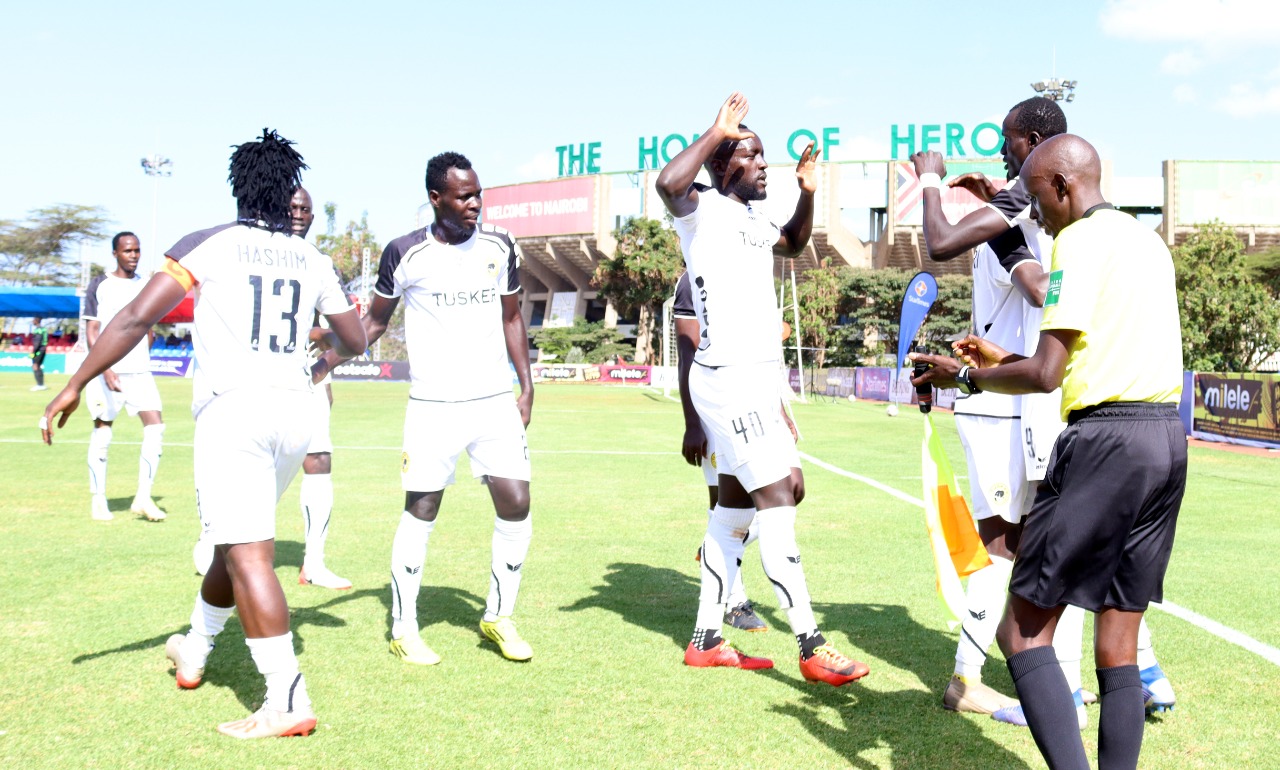 Tusker FC coach Robert Matano reserved special praise for striker Henry Meja after he came off the bench to notch the winner in their 2-1 win over Gor Mahia on Wednesday afternoon.

According to Matano, benching the youngster doesn’t take away the fact that he is a good player but he fields players according to the opponent of the day.

“Meja has been out of games but that doesn’t mean he is a bad player. Each game needs a different strategy and I have to know which players will do what at a particular time. I brought on Meja (Henry), Namanda (Luke) and Okoth (Kevin) was in order to seal midfield and to put more pressure in attack.

“Meja is an intelligent player. He can hold the ball and knows what exactly he needs so I knew what he could do when I brought him on,” Matano said to the Tusker media team after the game.

On the progress of the team since their first game of the season, Matano feels they have been improving each day and is looking for more in their next games.

“As a coach, you must have faith every time. We had trained well for the game (against Gor Mahia) and I think we are improving each day from our first game,” he added.

Next for Matano and Tusker who are now third on the log is a tie against league newbies Vihiga United.