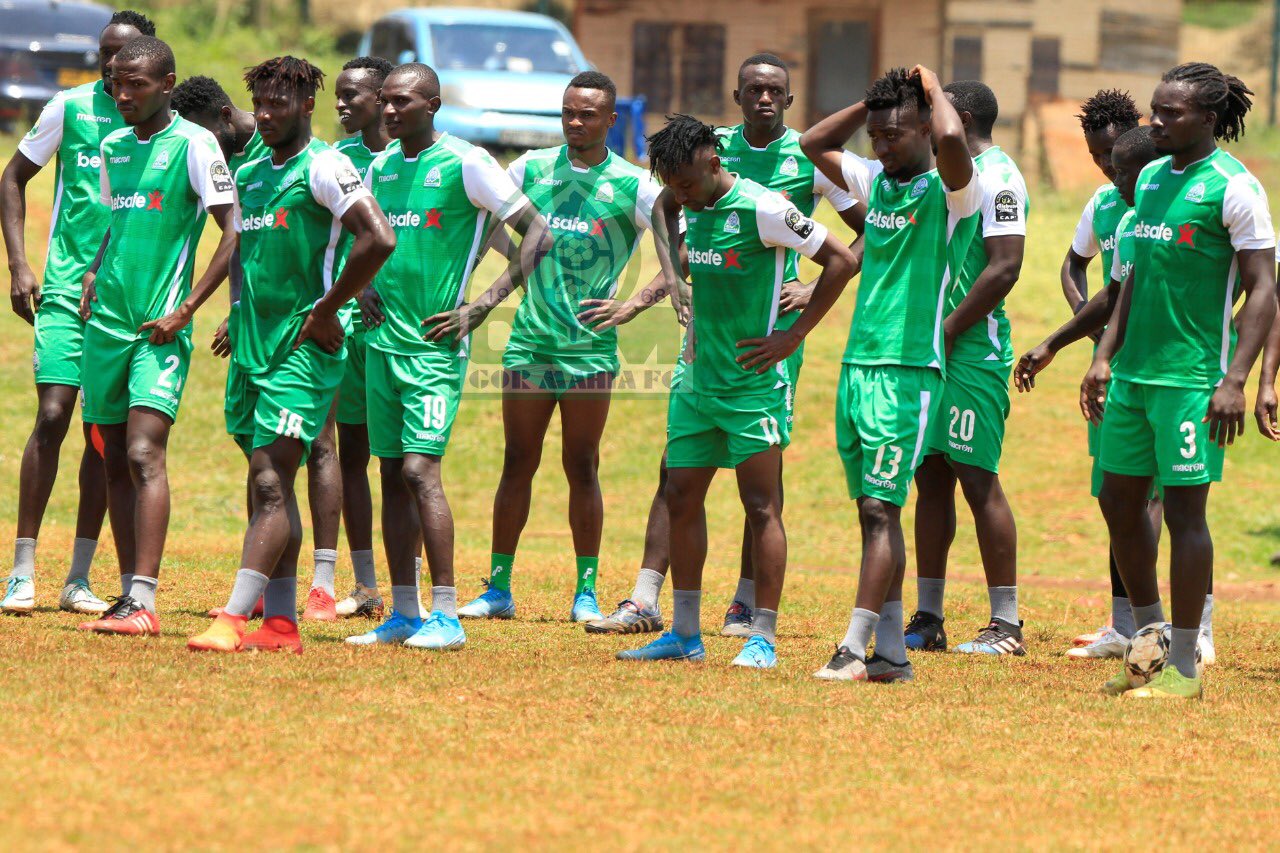 A section of Gor Mahia players has not reported to training as the team gears for their CAF Champions League tie against CR Belouizdad.

Gor are set to meet the Algerian side on Wednesday 6 January but Pepeta sources can reveal that only a section of the players turned out for their Saturday training with other threatening not to be available for the game.

Also Read: Matano calls for consistency ahead of Sofapaka tie

Gor are trailing 6-0 from the first leg of the tie and it will take a miracle for the Kenyan giants to make it to the group stage of the competition for the fist time in their history.

An ouster will mean that they are demoted to the CAF Confederations Cup last round of qualifying; a competition that they have participated in recent years.

It isn’t the first time this season where the team has threatened not to honour a match with the Green Army players having refused to train ahead of their First round tie against Rwanda’s APR a month ago.

CR Belouizdad are slated to jet into the country on Sunday at 7pm ahead of the tie that is set to take place at Nyayo Stadium.

Maurice Sunguti: From the Pulpit to troubling defenders