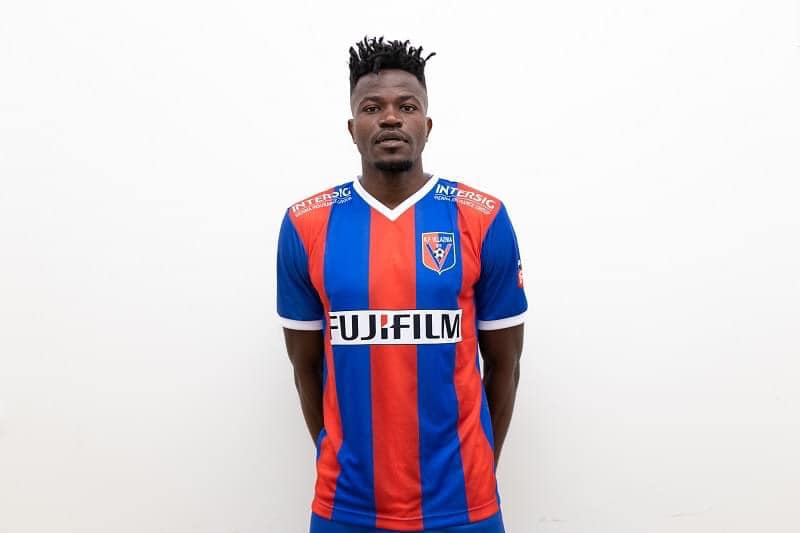 Kenyan striker Ismael Dunga is set to move to Japan with J1 League side Sagan Tosun having secured the signature of the former Tusker FC man.

Dunga has been in the books of Albania side Vllaznia Shkoder in August 2020 from league rivals KF Tirana and according to his club, they had agreed to sell the player to Tosun for $90,000 (Apprx: KES 9M).

Also Read: Manuel Pinto reveals his aims after taking over at Gor Mahia

“In recent days, the deal for sale in Japan to Sagan Tosu, a club in which Fernando Torres has also played in the past.

“The talks between the parties are successfully closed and Vllaznia is convinced to let Dunga go in exchange for 90 thousand dollars  and the striker’s move is expected to be official in the coming hours.

“Thank you DUNGA! SUCCESSFUL,” Vllanznia said in a statement.

During his short stay at the club, Dunga scored four goals in seven appearances; three goals shy of the league’s top scorer and teammate Hoxhaj.

Dunga has always been on the move since leaving the country for his first professional stint with Greek side Acharnaikos in 2016. He has gone to represent City of Lusaka (Zambia), FC Lufterati and Tirana in Albania. His stints in Kenya came with Tusker FC, Nakumatt FC (Now Mt Kenya United), Sony Sugar FC and Congo United.

Sagan Tosu finished 13th in the just concluded Japanese J1 League and the player will be hoping that the presence of Olunga in the league helps him settle.