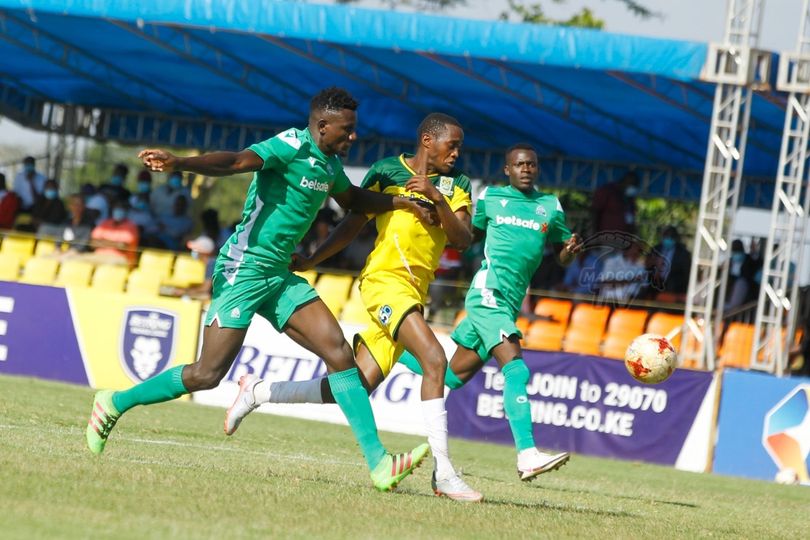 Gor Mahai came to the game on a back of a loss to Kariobangi Sharks and they made no mistake in showing their capabilities when they took a third minute lead through defender Charles Momanyi who towered above the Mathare United defence to tuck in the game’s opening goal.

Captain Kenneth Muguna was to double Gor’s lead in the 18th minute with a powerful low shot that beat Job Ochieng in the Mathare goal. In hat was a dominant display by the home side, Mathare were forced to make an early change in the first half when Tyson Otieno was to be withdrawn for striker Daniel Otieno but that didn’t make any change in changing the score line as the team’s went for the half time break.

Mathare United coach Salim Ali was to make a double change on resumption with Lennox Ogutu and Dani Lual coming on for Alphonse Ndonye and Eugene Wethuli. They however had to wait until the 75th minute when Lual was to half the deficit from the penalty spot after Chris Ochieng had been brought down the box.

Mathare United had upped the tempo in the closing stages but in their bid to look for an equalizer they left gaps behind them which allowed Alpha Onyango to add Gor’s third to kill the game with two minutes remaining on the clock.

Drama  however was left in the closing stages of the game when both teams had to finish the game with ten men following the seconding off of James Kinyanjui and Nicholas Kipkirui after both players were involved in a scuffle.