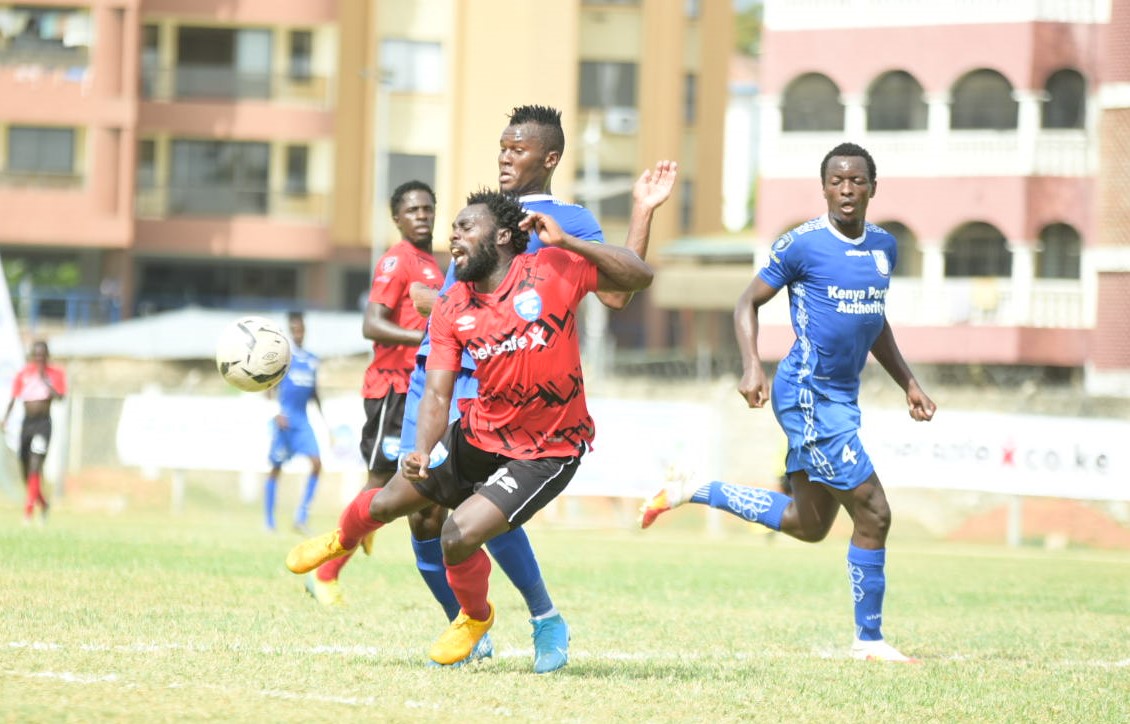 AFC Leopards found the going tough in Mombasa on Friday 19, February 2021 after losing 2-1 to hosts Bandari FC in a Kenyan Premier League game.

William Wadri was the star man as he gave his side the lead inside five minutes before doubling his and Bandari’s tally eight minutes later. Leopards were not going to take things lying down and pulled one in the 25th minute through Marvin Nabwire; goals that were to prove the difference in the entire clash.

It was the first league game for Leopards new coach Patrick Aussems who led the club for the first time last week in the FKF Shield Competition.

After a goalless first half, Ulinzi were to make a triple change with Masuta Masita, Njuguna and Clinton Omondi giving way for Oscar Wamalwa, Omar Brafya and Daniel Waweru.

The substitutes proved to be a masterstroke move with Boraafya giving the soldiers the lead four minutes after resumption before Wamalwa doubling their lead in the 53rd minute from the penalty spot.