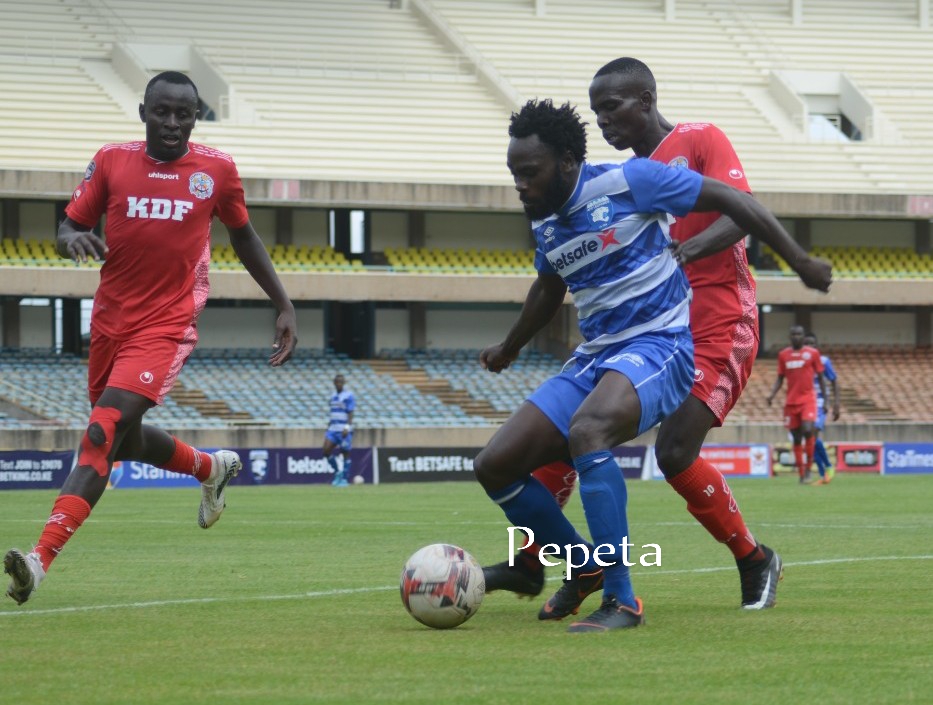 Peter Thiongo’s lone goal late in the second half was all AFC Leopards needed to return to winning ways after recording a 1-0 win over Ulinzi Stars at Kasarani on Wednesday afternoon.

Leopards came into the game on a back of a loss against Bandari and to keep pace with the rest of the teams chasing the top spot, they had no option but to conjure a positive result.

After a scoreless first half that saw a closely contested match, Thiongo’ was to come with the good in the 78th minute to hand coach Patrick Aussems his first league win.

In the other games of the day, KCB dwindling fortunes continued after they were forced to come back twice in the game to hold Sofapaka to a 2-2 draw.

Lawrence Juma had given the hosts the lead on the half hour mark but the bankers response was immediate after Victor Omondi restored matter six minutes later.

With the game tied at 1-1 heading into the half time break, Juma was to add his and Sofapaka’s second in the 59th minute but Reagan Otieno had other ideas when he was to come to his team’s rescue in the 77th minute; the bankers having lost a penalty earlier in the game when captain Abuko had his effort saved by the Sofapaka keeper.