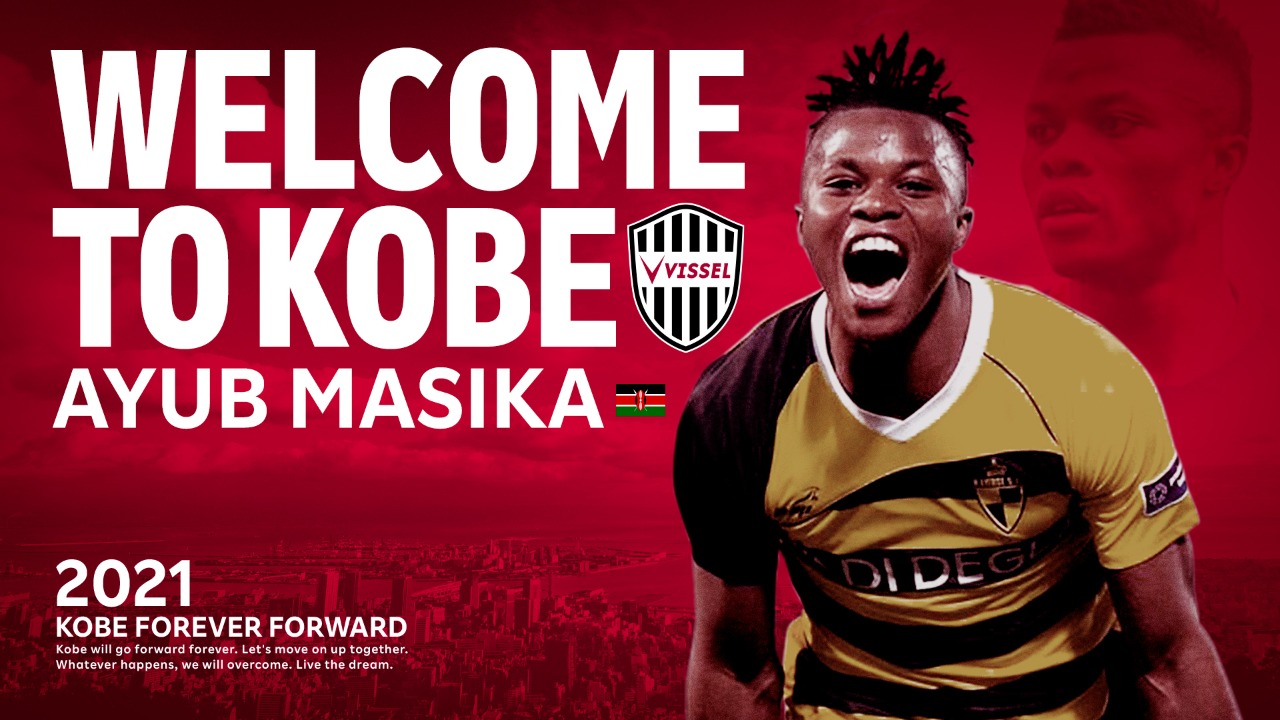 Timbe has not been in club action since July last year where he represented English Championship side Reading FC.

In confirming the Kenyan arrival, Kobe said: “We are pleased to inform you that FW Ayub Timbe (28) has decided to join with a complete transfer.”

On his part, Timbe said: “Thanks to this wonderful club for your trust and for giving me a chance. I am proud to be a member of the Kobe family and am very happy. I can’t wait anymore and I want to make many good memories with my supporters. See you soon.”

Apart from Reading, the player who has been handed jersey number 40 has had previous stints with KRC Genk, Lierse, Beijing Renhe Football Club, and Heilongjiang Football Club.

Timbe wont be the only Kenyan in the Japanese top flight league with Ismail Dunga set to join Sagan Tosu; the striker yet to arrive in the country due to Covid restrictions.

Timbe’s Outing in his previous clubs