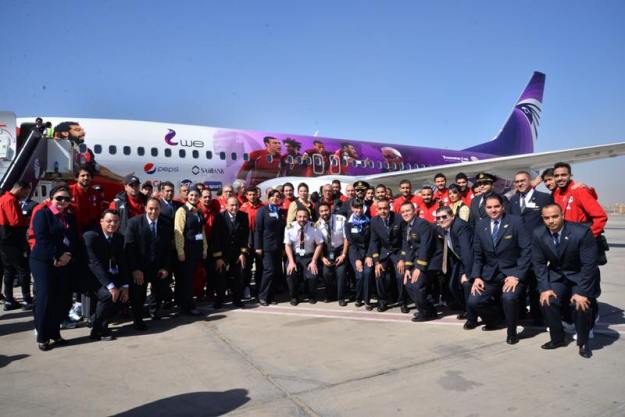 The Egyptian national team will use a private plane for their trip to Kenya where they are slated to take on Harambee Stars on March 25, 2021.

A meeting by the team’s technical director Hossam Al-Badri and the national team director Mohamed Barakat together with the federation team handling the travel plans by Ahmed Mujahid, Muhammad Al-Shawarby and Ahmed Hussam Awad, everything had been put in place for the Kenyan trip.

In a statement by the federation, the training grounds for which the team would go through during his stay in Kenya and the residence hotel (taking into account the precautionary Covid measurers) which is said to be near the match stadium is already in place.

The team, which already toured Kenya, said the training program during the extended team camp after returning from the Kenya’s trip to continue preparing to face the Comoros on March 29th is also in place with the foreign based players expected to start arriving on March 20.

Egypt is placed first in group G with eight points; the same number of points as second placed Comoros with the Pharaohs closing up the qualification process with their closest challengers on March 29 on home soil; Kenya placed third with three points while Togo is last with just a point.

Napsa Stars coach not pleased with their reception in Kenya