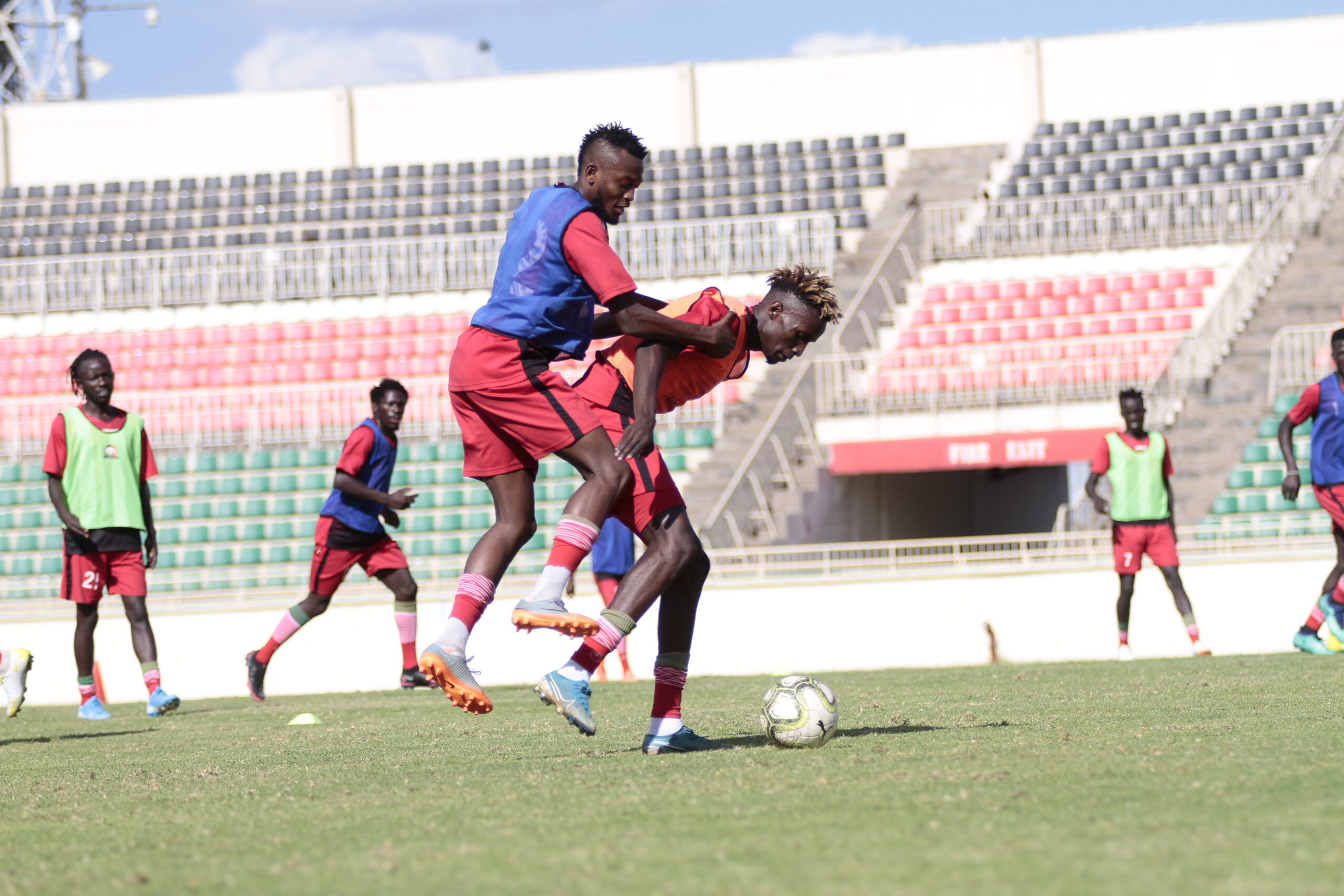 Kenya’s Harambee Stars begun their residential training camp on Thursday March 11, 2021 ahead of their friendlies against South Sudan and Tanzania.

Stars are slated to take on South Sudan on Saturday, at the Nyayo Stadium with the Thursday session only missing the Kariobangi Sharks crew  Samuel Olwande, Bonface Onyango, Daniel Sakari, James Mazembe, and Erick Kapaito who were out due to their league commitment against Mathare United; a game they comfortably won 2-1.

After the Sudan game on Saturday, Stars will host Tanzania in back-to-back matches on March 15, 2021 (Nyayo Stadium) and March 18, 2021 (MISC Kasarani) before taking on Egypt on March 22 and Togo six days later in the 2020 Africa Cup of Nations final qualifying rounds on March 30, 2021.

Also Read: Timbe rules himself out of Harambee Stars tests