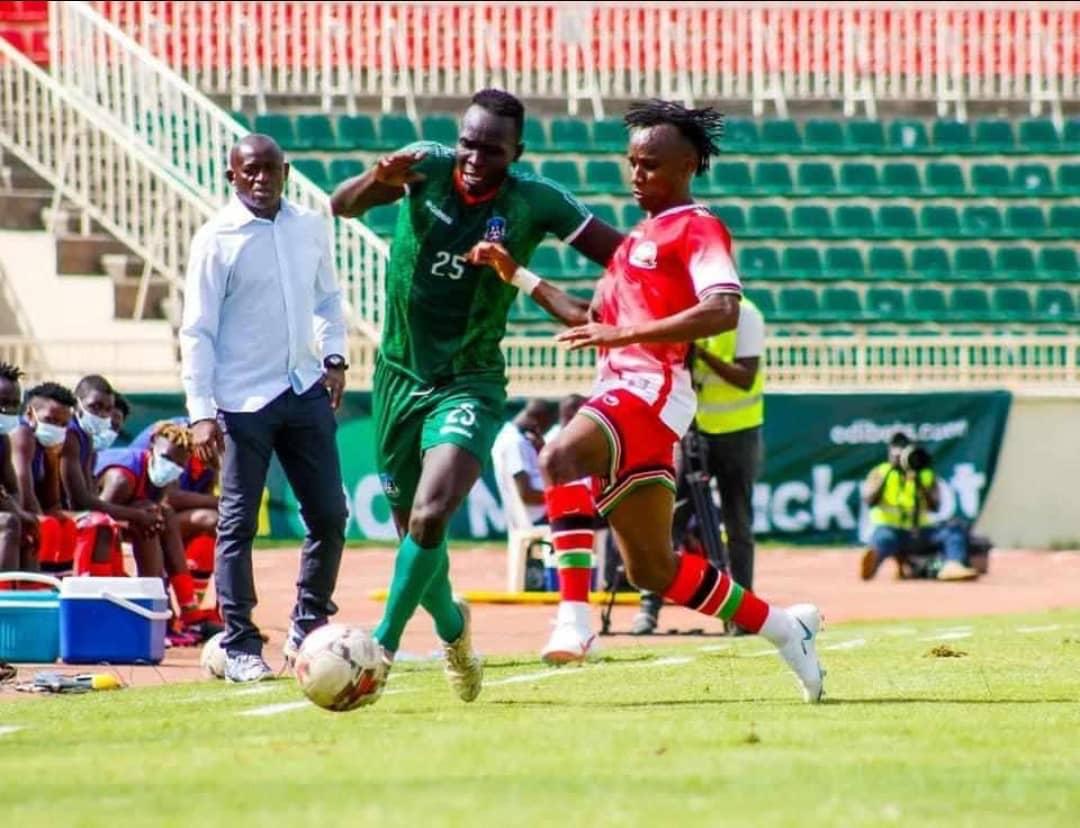 Macharia who joined Gor Mahia this season after ending his stint with Georgian side Guria was given a staring berth in Stars 1-0 win over South Sudan on Saturday and escribed the milestone as a dream come true and one that he will cherish for the rest of his footballing life.

Also Read: Rupia the hero as Kenya down South Sudan

“Every players dream is to play for the national team. Being handed my debut from the start is something that I wouldn’t forget in my life. I have had experiences with the junior side and this was something I was looking forward too. I hope it’s one of many,” Macharia said.

The midfielder believes that the current side has all it takes to challenge the best teams in the continent and was looking forward to games against Tanzania, Egypt and Togo.

“We have been in camp as the local based lads and there is clearly a lot of potential in this group. When you add this to our players who play aboard I think we can match any team in Africa. We have tough tests coming up but the morale is high and I’m confident that we are going to record good results,” Macharia added.

Stars take on Tanzania in another friendly on Monday before facing the same team three days later; these matches used as preparations for their AFCON Qualifier tests against Egypt and Togo later in the month.