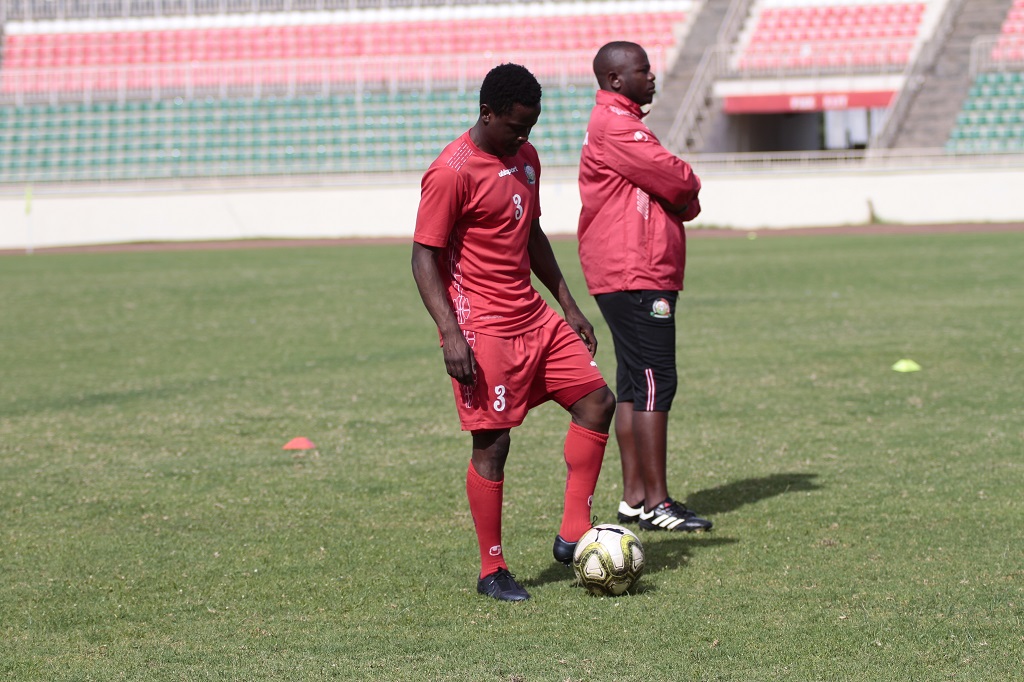 Kenya’s Harambee Stars will be taking up Egypt on Thursday evening in what will be an important match for the Jacob ‘Ghost’ Mulee side in their quest to qualify for the 2021 AFRICAN Cup of Nations.

Placed third in their group with three points, Kenya has no option but to win the tie with Mulee having selected a chunk of local based players after deciding to omit some of the notable names in the team. Pepeta previews who is expected to start in the game in the absence of the ‘superstars’.

In goal, Zesco United’s Ian Otieno is expected to be the man tasked with keeping the Egyptian strikers at bay. KCB’s Baraka Badi should slot at right back having been handed his national team debut in Ghost’s first assignment against Zambia late last year. In the absence of Joseph Okumu who picked an injury, Johnstone Omurwa should partner Simba SC’s Joash Onyango in defence with AIK’s Eric Ouma slotting at left back.

Anthony Akumu who has predominantly been used in defense by his club Kaizer Chiefs should occupy the defensive midfield role and will depend on the help of Sofapaka’s Lawrence Juma with Kenneth Muguna being the creator. The wings should have Cliff Nyakeya and KCB’s David Owino with captain Michael Olunga leading the goal-scoring hunt.

Goal for Tera, red for Nondi as Saburtalo beat Dila