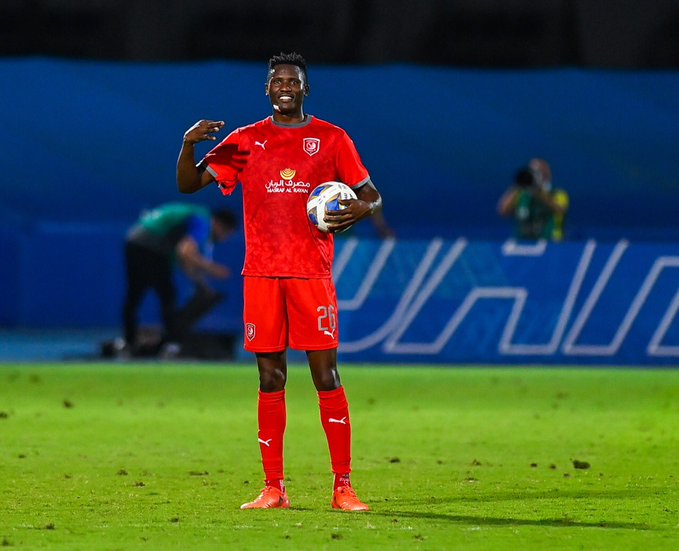 Kenyan international striker Michael Olunga has dedicated his hat trick on Wednesday night to the club fans who missed their clash.

Olunga bagged a hat trick to help Al Duhail to the top of their group in the AFC Champions League as they eased 4-3 past Iranian team Esteghlal.

Also Read: Banking on hope: Why KCB’s season has been a success thus far

Speaking after the game, the former Gor Mahia man said: ” Al Duhail is moving in the right way and that was proved today (Wednesday) with our never say die attitude after we scored our first goal and managed to lead at half time.

“After they had equalized in the second half, we continued to work until we achieved victory. I want to dedicate my goals today to the club fans who did not find the chance to be here and support the team.”

On resumption, Esmaeili restored parity for the Iranian side with a goal in the 74th minute but Olunga had other ideas as he completed his hattrick five minutes from time with the goal proving to be the winner.

The win saw Duhail rise to the top of Group C in the competition with 7 points; a point above Esteghlala with Al Ahli being third on four points. Al Shorta are the bottom placed team in the group having collected no point in the three games they have player.