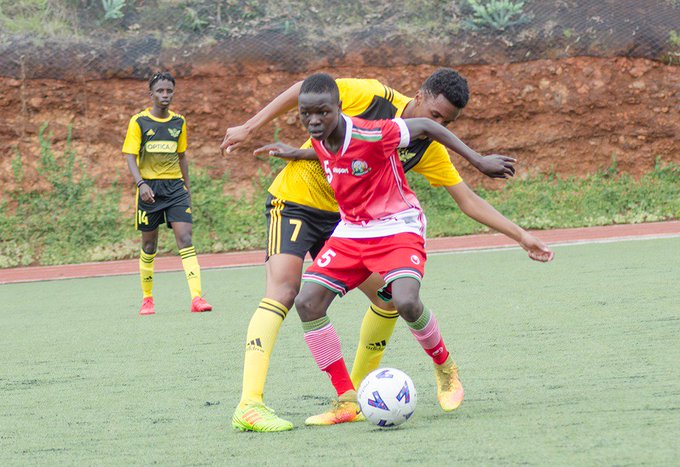 Swedish giants AIK has tabled a bid for young Kenyan midfielder Rajab Umar popularly known as Kambi by his peers.

According to one of the representatives handling the player, AIK has tabled an offer for the 16-year-old with negotiations currently ongoing.

Also Read: Gor Mahia striker to leave for Sweden in a fortnight

“AIK has given us an offer but we are still negotiating. The kid is super talented and we are confident that everything will go on as planned,” the representative said.

Born on 9th September 2004, Rajab started his career as a defender and is currently in the books of Ligi Ndogo having represented Marren FC before. He has represented the Kenya U15 team too and was part of the Kenya U17 team that represented the nation in the 2020 CECAFA U17 Championship hosted in Rwanda.

Should the deal go through, Rajab is expected to join AIK’s junior side to continue his development with the club boasting of another Kenyan in Eric ‘Marcelo’ Ouma who has been integral for the team since the start of the campaign.

Also Read: Majak to feature for Kalmar junior side