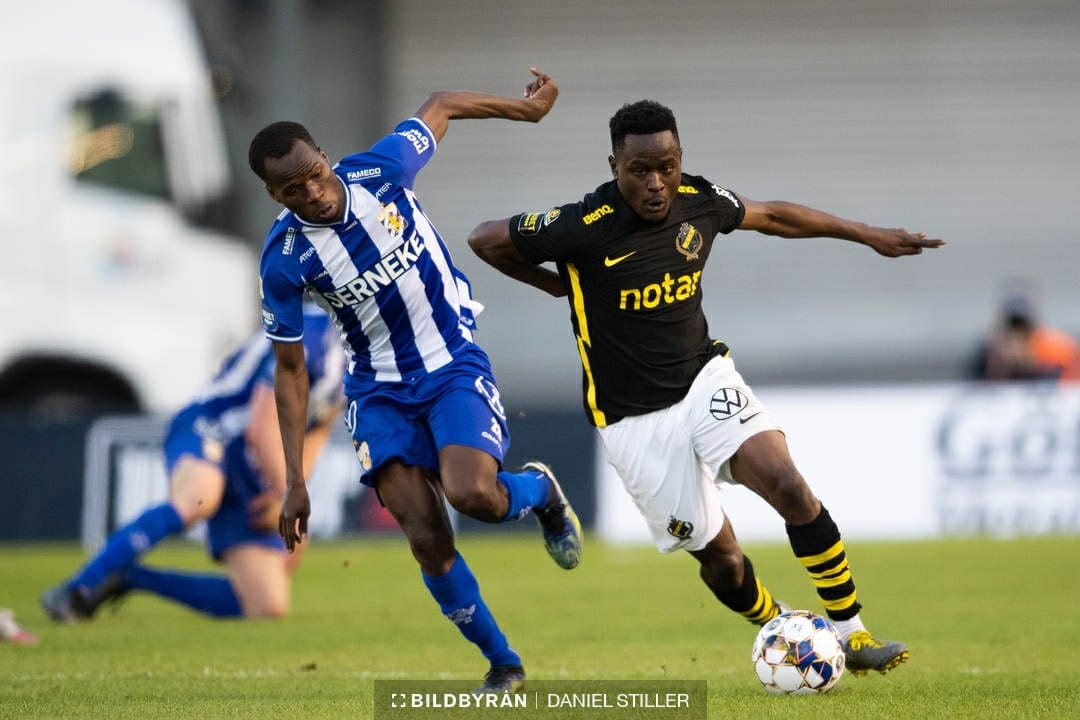 Harambee Stars defender Eric Ouma has insisted that the interests coming from other teams is only a motivation for him to work hard.

There have been reports that top teams are after the left back with Brighton, Leicester City and Manchester City scouts having been present to watch him in their game against Hammarby a fortnight ago.

While others think that the speculations surrounding his future might unsettle him, Ouma in an interview with Fotballdirekt said his was to work hard and give his all for AIK as he wasn’t aware that there were scouts watching.

“I did not know it in advance (that the scouts were watching). For me, such things motivate me to keep working hard. I believe hard work is what attracts them and mine is to give my best every time I step out to represent my team,” Ouma said.

In a rejoinder the player’s representative Ibrahim Jamal admitted that AIK was willing to sell the player if a right offer came but just as Ouma, he revealed that the player’s concentration right now was to give his all to the club.