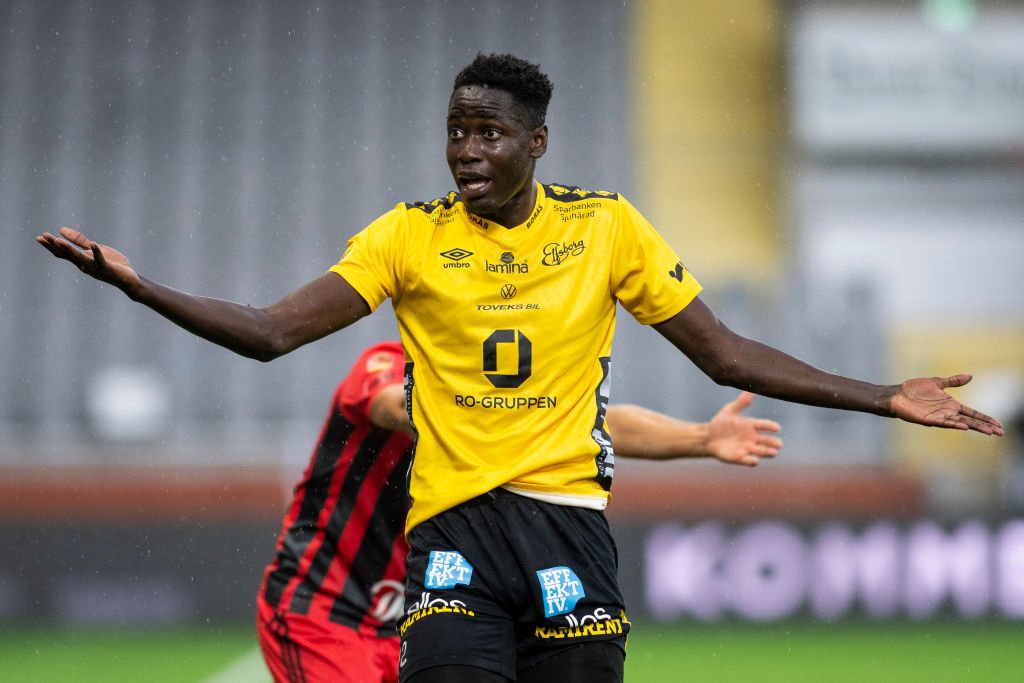 Swedish top-flight side IF Elfsborg is preparing for life without Kenyan international Joseph Okumu with the player set to leave the club in the summer.

Okumu is said to be attracting interest from a host of top European teams and according to his manager Stefan Andreasson, the 23-year-old deserves to play outside Scandinavia.

“Okumu has been talked about a lot since he came here. We understood that he was a very good player and that’s why we brought him here and he has showed his abilities to the whole of Sweden and Europe in general.

“I have said it once before, that he is the best defender that has ever been in the Allsvenskan since he came. He is supposed to have a career outside Scandinavia, which is positive. We must enjoy as long as he remains,” Andreasson said in an interview with Fotbol Direkt.

The player who is currently sidelined with an injury further admitted that he is ready to make another step in his career but was currently concentrating in helping his team achieve its dreams.

Also Read: Ouma: Interest from other teams only motivates me

Asked if he would consider leaving the club in the summer, Okumu said: ” If the right offer comes – absolutely.

“We do not know what happens today or tomorrow. Being here was definitely a step in the right direction. I’m sure if I perform well the right things will definitely come and of course, I want to take my career one step further.

“It depends on the project. For me, it’s not just about being top teams in top leagues. I want to go where there is a plan for me, where my style of play is appreciated, and where I can make a difference. I’m not moving just to move.”

There have been reports that Elfsborg wants to extend Okumu’s stay past the 2023 season.

Is Salim Ali on his way out of Mathare United

Mashemeji Derby: A yardstick of how FKFPL has fallen