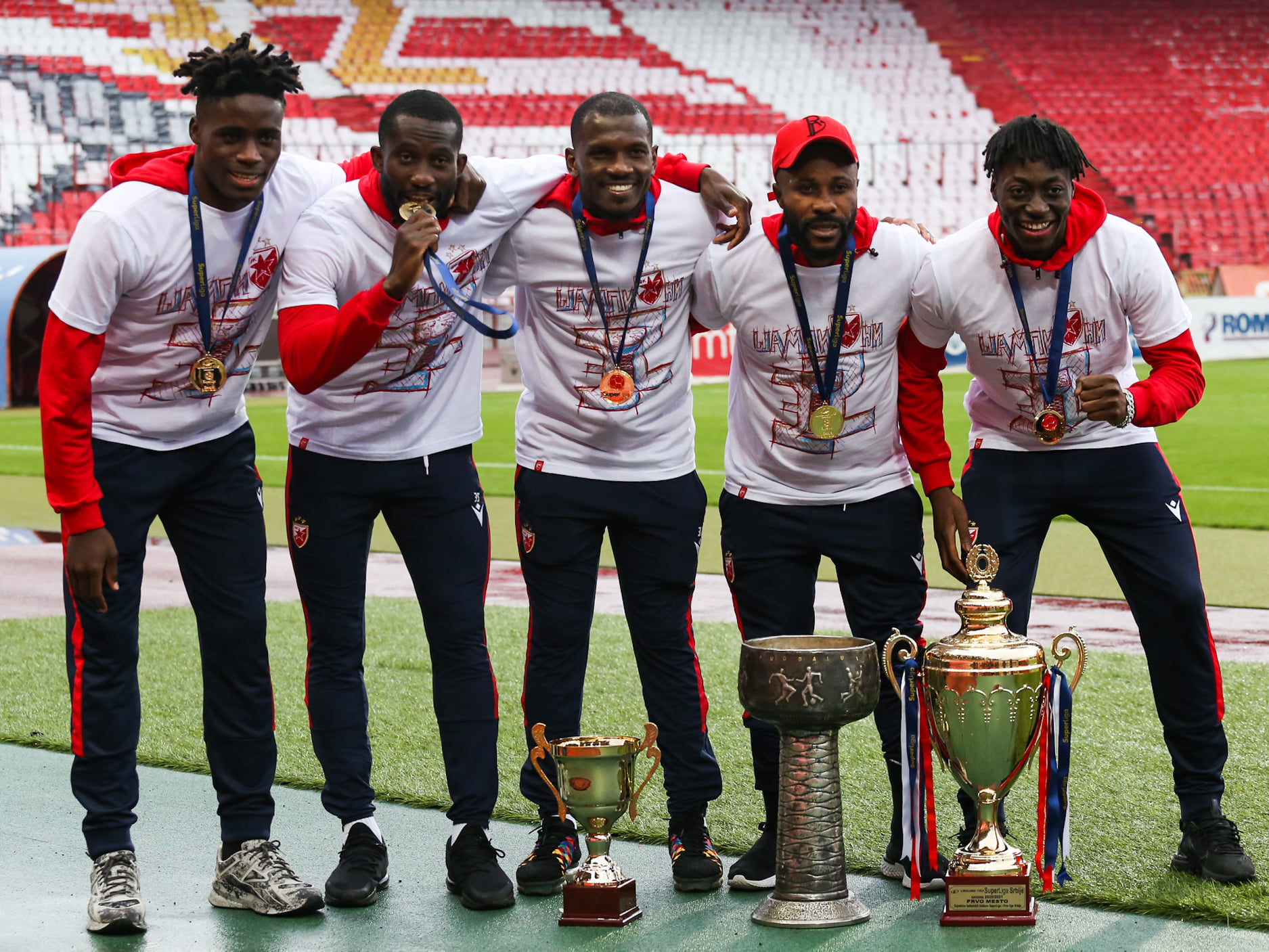 Kenya U23 international Richard Odada will be participating in the UEFA Champions League next season after his side Crvena Zvezda (Red Star Belgrade) was crowned the champions of the Serbian Super Lig on Wednesday night.

Belgrade managed a 5-1 win over Metalac GM to see them record 108 points in the season ahead of their final Cup game of the season in the weekend against Partizan who finished second in the league with 95 points.

In the season, Dejan Stanković’s team won 35 matches, drew three matches and lost none with the team scoring a whopping 114 goals while conceding just 20 in the process.

It was the 32nd championship title for the team and the fourth in a row with the 108 points being the best in European history after breaking the 106-point barrier held by Scottish giants 106 points in the league.

Odada who joined the club’s junior side in 2019 from Kenyan Premier League side AFC Leopards managed just two games in the season having spent his last two stints on loan at Graficar; the feeder club of the Serbian giants.