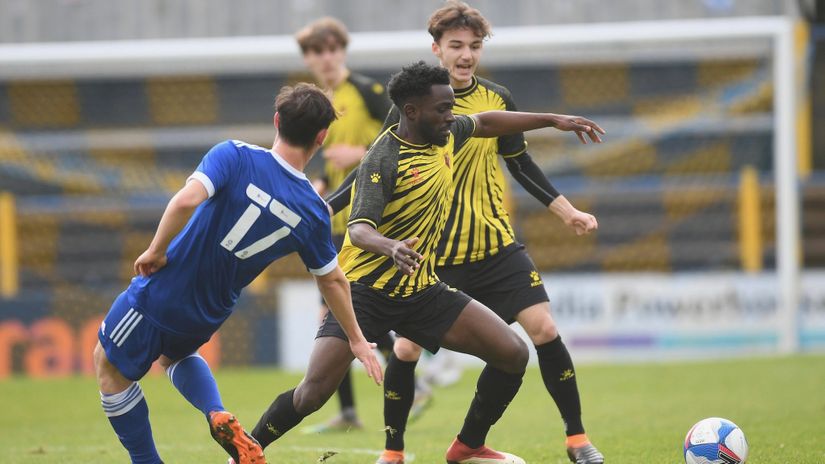 Ochieng joined Watford in January 2021 and was a constant figure in their U23 side but according to the club in a release, the Kenyan will be among 13 players who will not be part of the team in the coming season.

“All at Watford FC wish the best of luck to these departing youth players in their future careers,” a statement from Watford noted.

Ochieng who was given a call up by Harambee Stars team in 2017 is now expected to return to Irish side Cork City where he had been before moving to England.

Despite the call up by the then coach Stanley Okumbi ahead of Stars AFCON Qualifiers against Sierra Leone, Ochieng didn’t feature for the team despite having made his debut for the U23 in the U-23 Africa Cup of Nations first leg qualifier against Mauritius in November 2018 where Kenya beat Mauritius 5-0.

In the second leg, where he came on as a substitute, Kenya beat Mauritius 3-1 to proceed to the second round with an 8-1 aggregate score.

Joash becomes only the fifth Kenyan to score in Dar Derby

KPL: Tusker pile pressure on Homeboyz as Mathare fails to show up