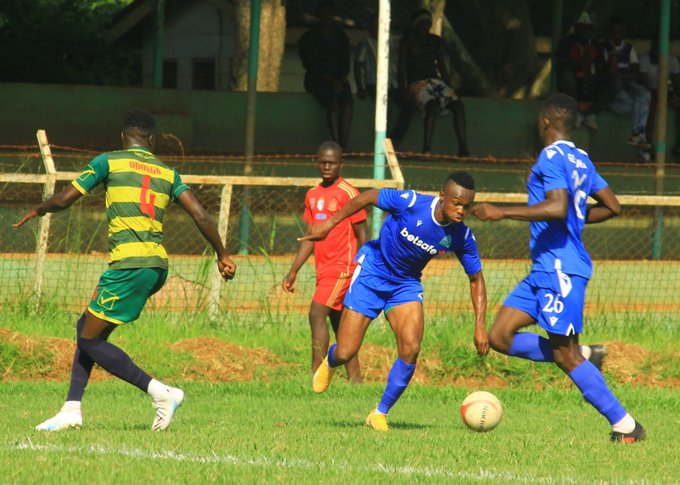 Leopards were hosting bottom placed Mathare United at Nairobi’s Ruaraka Grounds and emerged 1-0 winners with the club having Elvis Rupia to thank as his first sumptuous goal was all they needed to keep pace with the leading pack.

The match however wasn’t short of drama towards the end of it with both sides forced to end the game with a man less following the seconding off of David ‘Cheche’ Ochieng ten minutes to full time; Leopards having Collins Sichenje sent to the showers in the dying minutes of the tie.

The loss leaves Mathare still rooted at the foot of the log with with eight points with Leopards going second on 36 points; the same number of points as leaders KCB who have a superior goal difference.

At the Mumias Complex, Gor Mahia labored to a 1-0 win over Vihiga United with the all-important goal being tucked in by Clifton Miheso.

The win sees Gor rise to fifth on the log with 28 points thought they have played a game less than leaders KCB who are now eight points above them.

Next for Pinto boys is a tie against Wazito FC on Monday with their opponents being at position eight with 23 points.