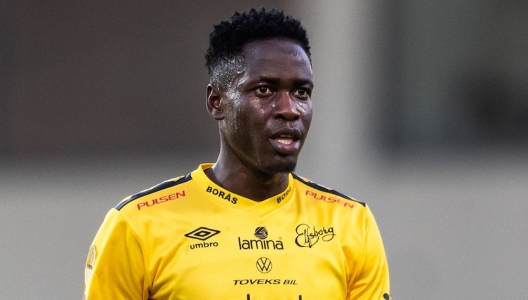 Harambee Stars defender Joseph Okumu is inching closer to a move after admitting that he was ready to leave IF Elfsborg this summer.

There have been reports that five clubs across Europe are willing to sign the player and in an interview with FotbollDirekt, the former Free States Stars man said that he had proved himself in the Swedish league and was ready for the next step in his career.

“Yes, definitely,” Okumu said when he was asked if he was ready for a move. “The most important thing is that I have already made an impression here. When I have done that and both the club and I have the same interests (in the move), I think I will take the next step.”

In the interview, the player said that he wasn’t aware of any offers since that’s an area he leaves for his agent and didn’t mind moving anywhere outside Sweden as long as his suitors are clear on what they wanted with him.

“France is a good place. But it’s more about the project than about the country. It’s about what they want with me.  If I go, I want it to be somewhere where I can make an impression, show my qualities. Not somewhere where I’m just part of the team but I want to play a big role,” he added.

Okumu joined Elfsborg in 2019 but had to wait until season 2020 where he helped the club to a second place finish; the 24 year old being named as one of the best defenders in the division as his team qualified for the UEFA Europa League.

The five clubs interested in the player include Scottish giants Rangers and Celtic in Scotland, French sides Reims and Lorient and Ghent in Belgium but it is Lorient who are said to have officially tabled a bid for the player with Reims willing to match the offer by their league rivals for the player.