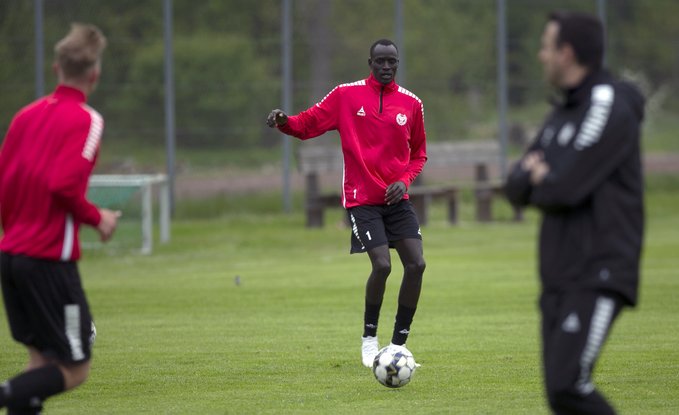 Tusker FC striker David Majak has joined Kalmar FF first team training after arriving in the country a fortnight ago.

Majak is on a six-month loan deal at the Swedish top tier side from the Kenyan Premier league side with the deal set to be turned into a permanent one if he impresses during his stay.

Also Read: Okumu: I am ready for the next step in my career

On Sunday, the player was snapped in Kalmar’s first team training following their return from a short break; Majak having been training with the club’s U-19 side after being in self quarantine as required by the country’s health officials.

Majak broke into the limelight between 2017 and 2018 while featuring for Kapenguria Heroes in the Chapa Dimba Na Safaricom Grassroots tournament. He would later join Tusker FC in 2018 after fending off interest from Kakamega Homeboyz.