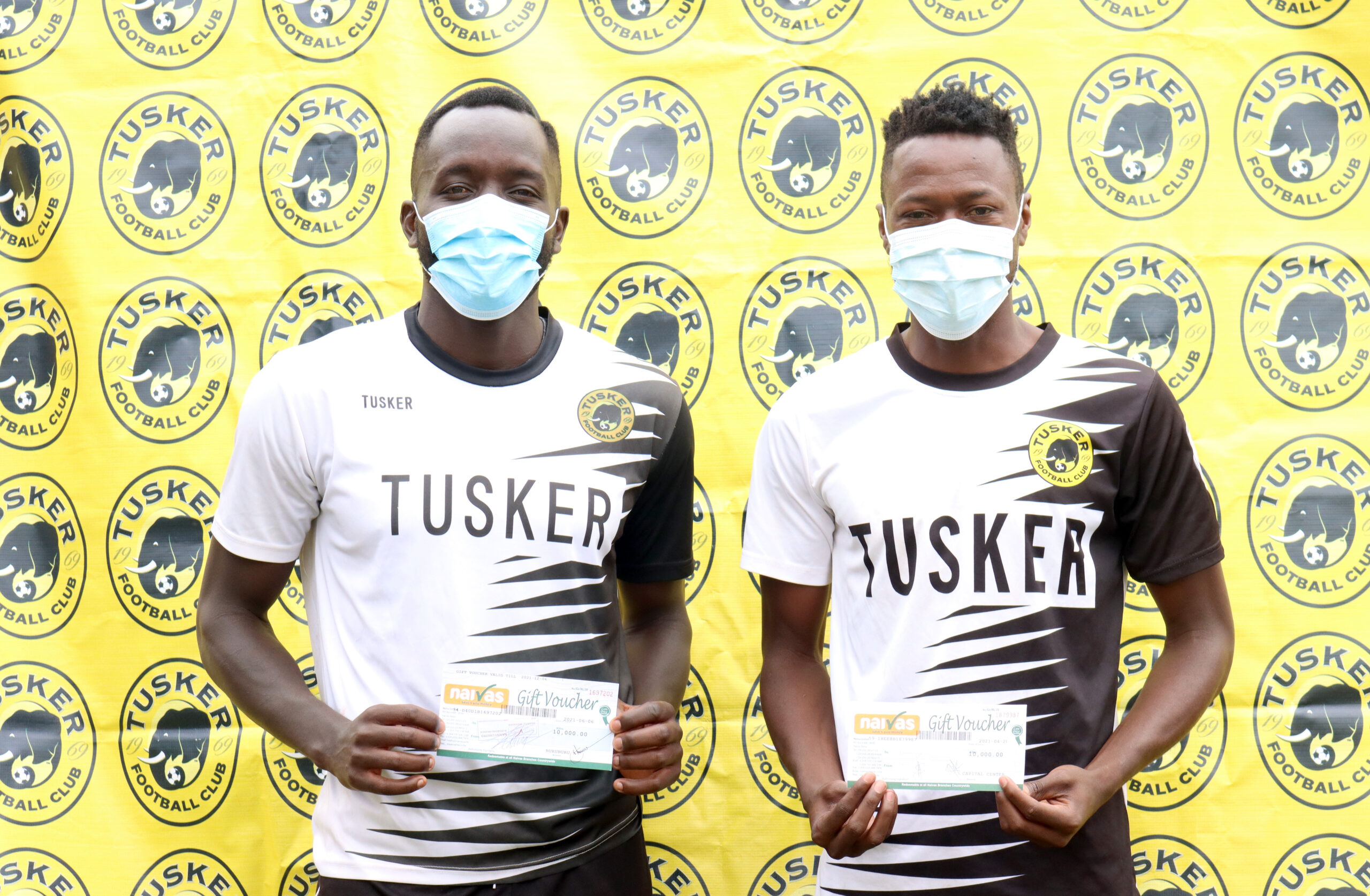 Tusker FC duo of Eugene Asike and Sammy Meja have won the club’s May player of the month award.

Left back Meja whose progress with the club has been hampered with a series of injuries has been a key figure for the brewers since the league resumption where he has played in all their games and scoring the club’s solo goal in their 1-1 draw against Wazito.

Just as Meja, Asike has played all the club’s games since the restart of the league and came as a substitute in their Cup match away to Marafiki FC.

On his part, Asike said: “I feel very delighted about it, but I believe it is team effort, I believe we are all winners. It is a good gesture and this makes me feel motivated going forward. Seeing the executive office come here to appreciate the work we are doing and appreciate the team brings good energy into the camp,” Asike, also the assistant captain stated.

Apart from Meja and Asike, the previous recipients of the award this season have been Henry Meja and Jackson Macharia.

The player of the month is chosen by the technical bench based on performance on and off the pitch.

Also Read: Okumu: I am ready for the next step in my career