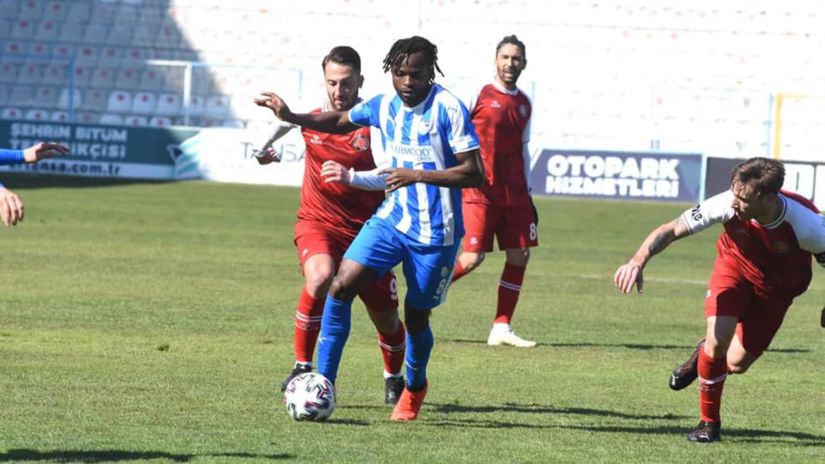 Turkish side BB Erzurumspor has parted ways with Harambee Stars midfielder Johanna Omolo following their relegation from the Super Lig.

Omolo joined the club in January this year from Belgium side Cercle Brugge and had a clause in his contract that would allow him to leave the club if they were relegated from the top flight.

According to reports from Turkish tabloids, Omolo joins other nine players out of the club’s door who had the same clause in their contracts. Only two players who joined the club last summer remained with the team.

Omolo who has a Belgian passport having played in the country for more than 14 years is already being linked with a return to the country with a series of clubs in Sweden said to be interested in his services too.