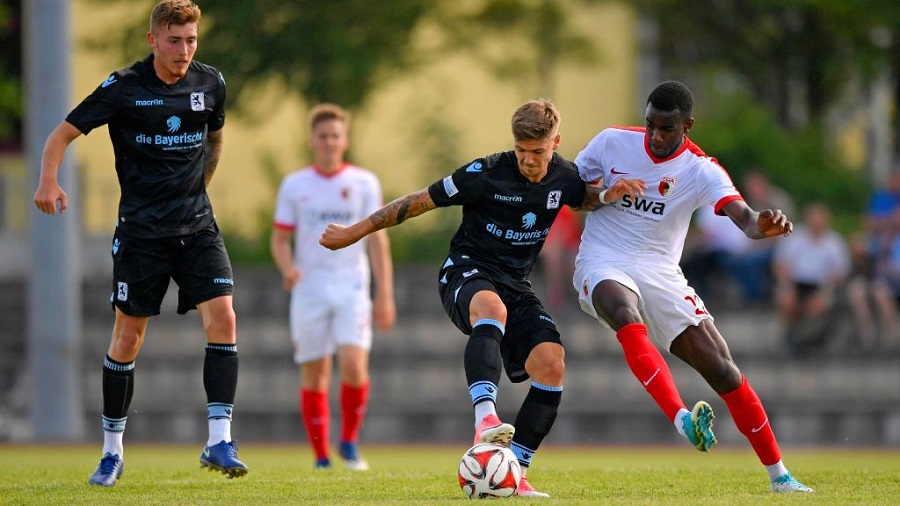 The player who has been in the books of FC Kaiserslautern II joins for an undisclosed period with the club head coach Christoph Schmitt hailing the addition as one that would hugely benefit the team going by the number of positions the player can occupy.

“We are very happy that we were able to win him over,” Schmitt said as quoted by Merkur.de.

The 24-year-old plays as a defensive midfielder but the club plans to use him as a center back as they sort their injury issues in that position.

Born in Germany, Mwarome came through the ranks of Bayern Munich academy and joined their U19 in 2014. A long injury layoff has derailed his progress though with the player having represented Bonner SC and FC Augsburg II too since leaving Bayern in 2017.