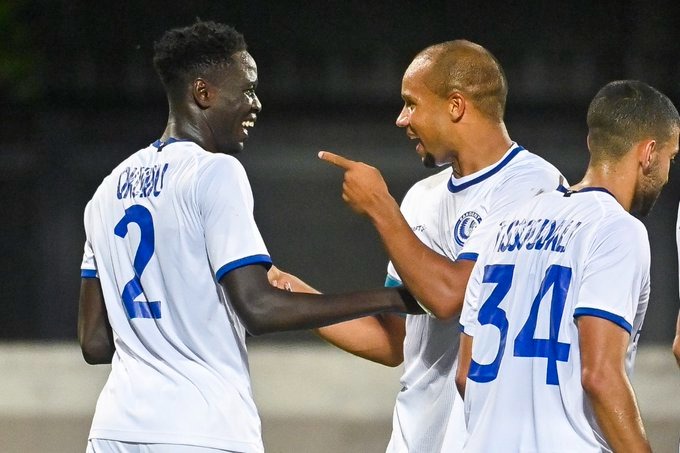 Harambee Stars defender Joseph Okumu is not worried by the change of position at KAA Gent.

The center back played at right-back for his club on Thursday night and scored the lone goal as Gent proceeded to the Playoffs of the UEFA Europa Conference League with a 3-2 aggregate over Rigas FS.

Asked if he was comfortable playing in the position, the Kenyan said: “I want to play. We are professionals and must be able to adapt to the position that is assigned to us.”

The defender however played down his goal by stating that the team win and cohesion were more important in achieving their aims of the match.

“It’s nice to score. We are also starting to get to know each other better now. Timing remains important and therefore also knowing where your teammates will place the ball. I’m happy with the win. We knew we were going to have to put in 110% to continue today. We have made the best possible use of our qualities and that has paid off,” Okumu is quoted by the club’s portal.

With the win, Gent is just two games away from making it to the group stage of the competition; the Belgian side set to meet Polish side Raków Częstochowa in the playoff.