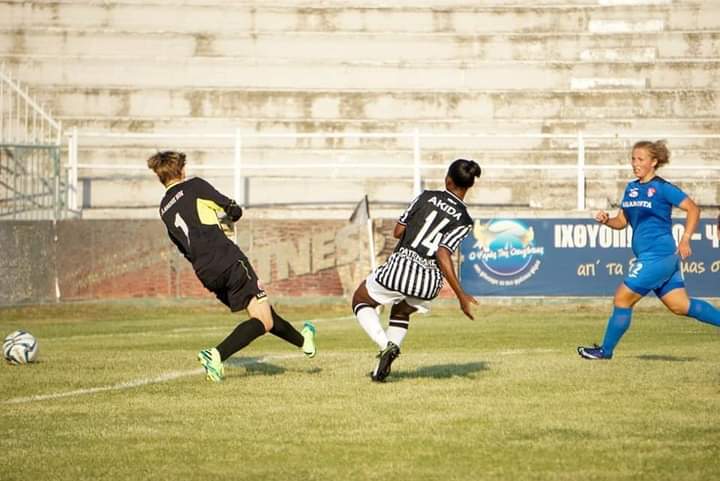 Kenyan striker Esse Mbeyu Akida bagged a hattrick on her PAOK debut on Wednesday during their 6-0 win over Moldovia side Anenii Noi.

Akida who joined her teammates over the weekend and trained for three days started the game on the bench but was introduced at the beginning of the second half for Antigoni Papadopoulou.

The Kenyan wasted no time in introducing herself to her new team by grabbing the team’s fourth goal in the 51st minute. PAOK had raced to a 3-0 lead at the break thanks to goals from Papadopoulou herself, Baxevanou, and Mitkou.

Akida added a second and PAOK’s fifth in the 88th minute and complete her hattrick in the additional minutes.

The Kenyan will be hoping for more of the same outing when they take on Norwegian side Valerenga in the next round on 21st August.