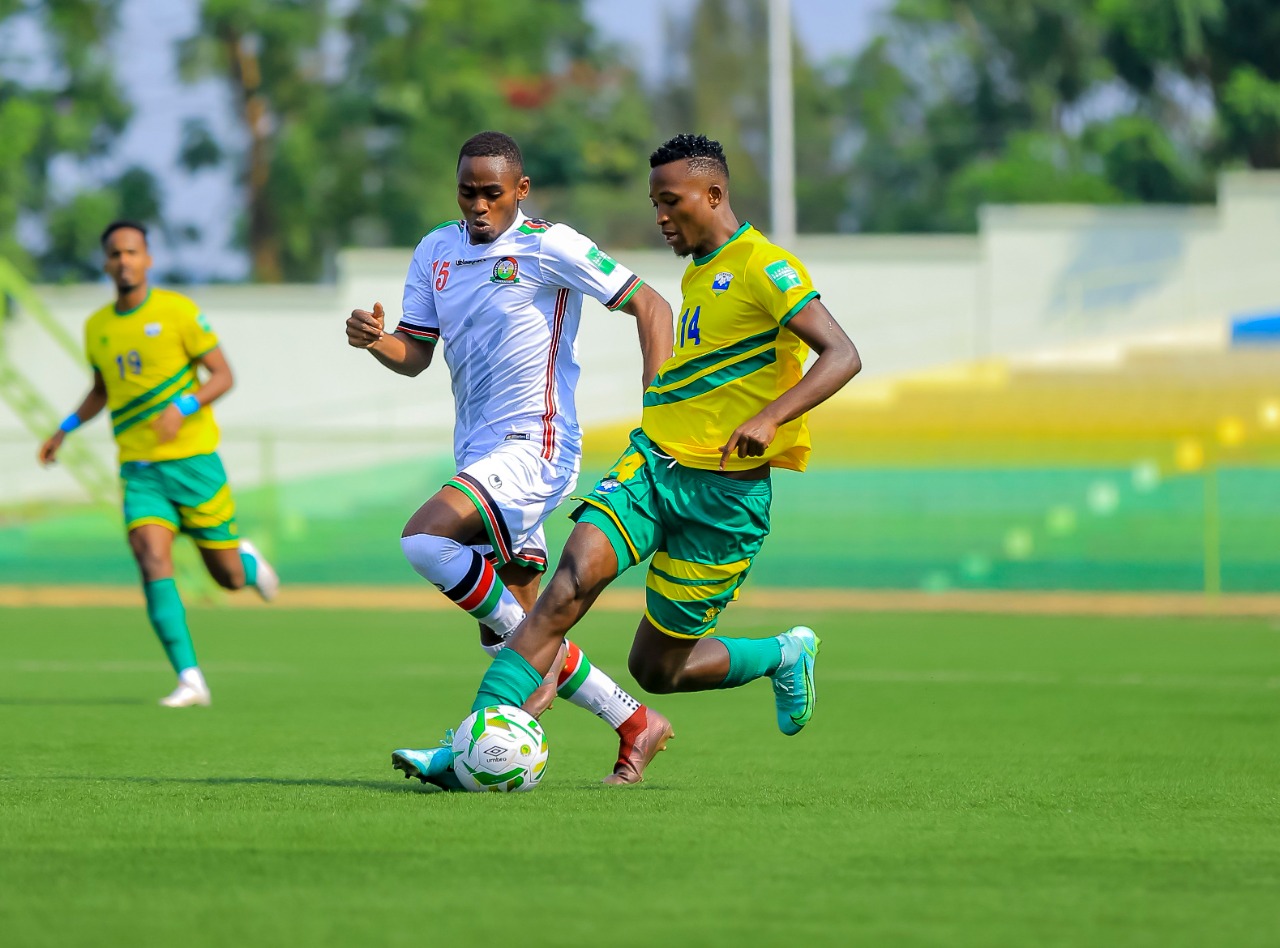 Stars went to the game needing all the three points after battling to a goalless draw against Uganda Cranes in the midweek; the earlier signs by the Jacon ‘GGjost’ Mulee side giving a picture of a team that was on a mission.

Kenya’s early pressure paid off in the ninth minute when Olunga gave them an early lead. The home side keeper Emery Mvuyekure failed to deal with a shot and with a scramble in the goal that saw the Rwandese defense ran back to clear their danger, the hovering Olunga was at the right place to fire home from close range.

Rwanda were not going to rest on their laurels and restore parity in the 20th minute after the Stars defense had gone sleeping following a long floated ball that had missed most of them; the game ending in a 1-1 draw going to the halftime break.

Changes came in the second half with the likes of Boniface Muchiri, Abdalla Hassan, and Henry Meja being brought late on but with Olunga having the perfect chance in the half to restore Kenya’s lead after beating a series of players, he blazed his effort wide much to the amazement of the Kenyan bench.

The draw sees Kenya rise to second with two points with Mali, who are to face Uganda on Monday, being on top of the pile on three points. Uganda is on one point just as Rwanda who has now played a game more.