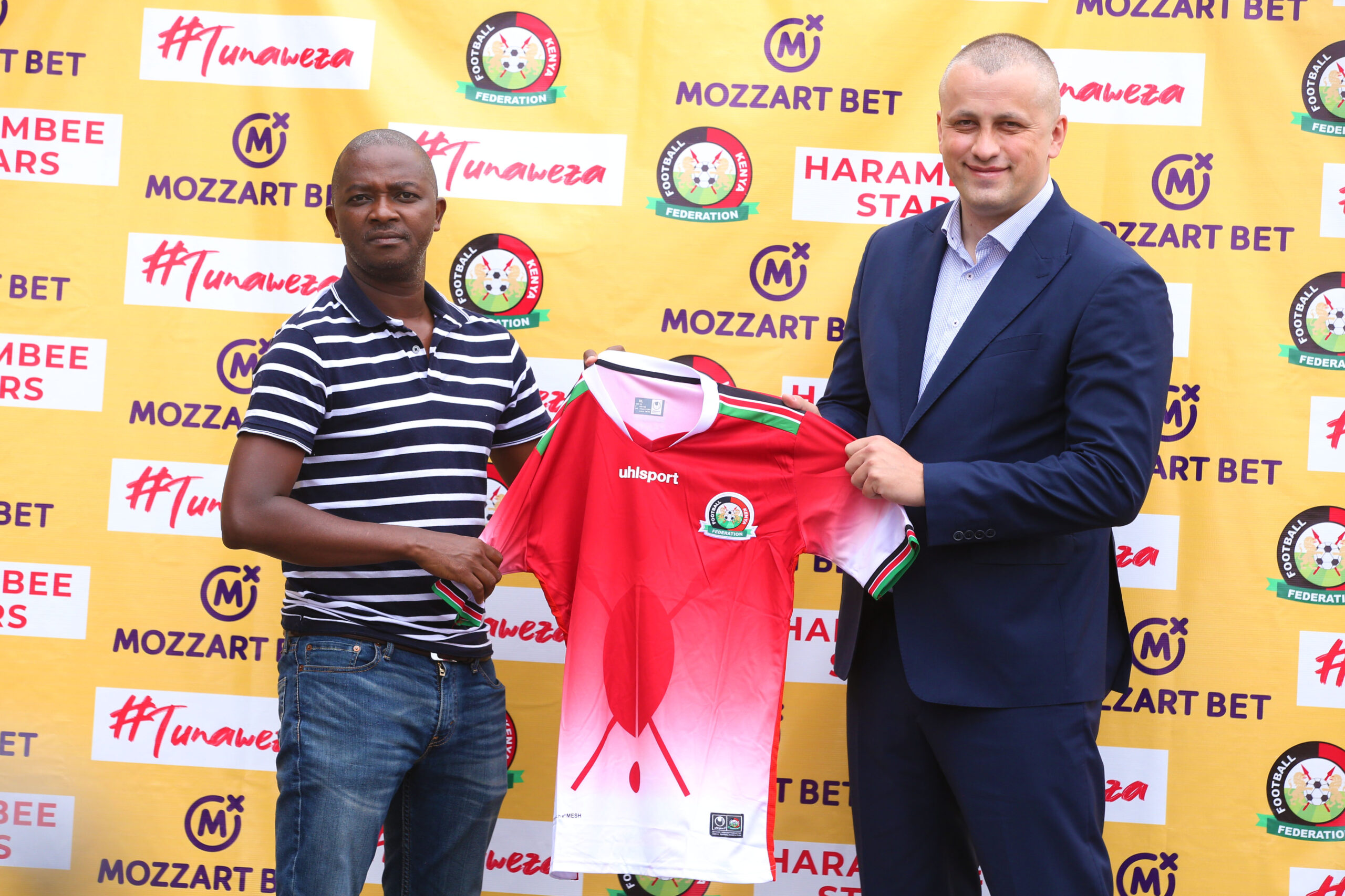 Mozzart comes in as the official motivation partner for the Stars remaining three games in the 2022 World Cup Qualifying campaign with the partnership having started with the Stars game against Mali last Thursday where they went 5-0 down to the West African nation.

As part of the deal, FKF will receive KES 3 Million from the firm to prepare the team for the remaining qualifiers against Mali, Rwanda, and Uganda.

Mozzart Bet General Manager Saša Krneta said of the partnership: “We believe in supporting Kenyan football. We have been working at grass root level but we have always wanted to work with the national team and this is our time.”

On his part, FKF President Nick Mwendwa said: “Thank you (Mozzart) for believing in Kenyan football, and for believing in the Harambee Stars. We were able to send the team to Morocco comfortably and we thank you for that.”

“We did not get the result we wanted in Agadir but I believe in this team, I know its potential and I am sure better results are on the way. We have a chance to make a statement in the remaining matches, and I am confident that we can get a positive result in the end if we give it all as a team.”

Harambee Stars next game will be against Mali on Sunday, October 9, 2021, at the Nyayo National Stadium starting at 4 pm.