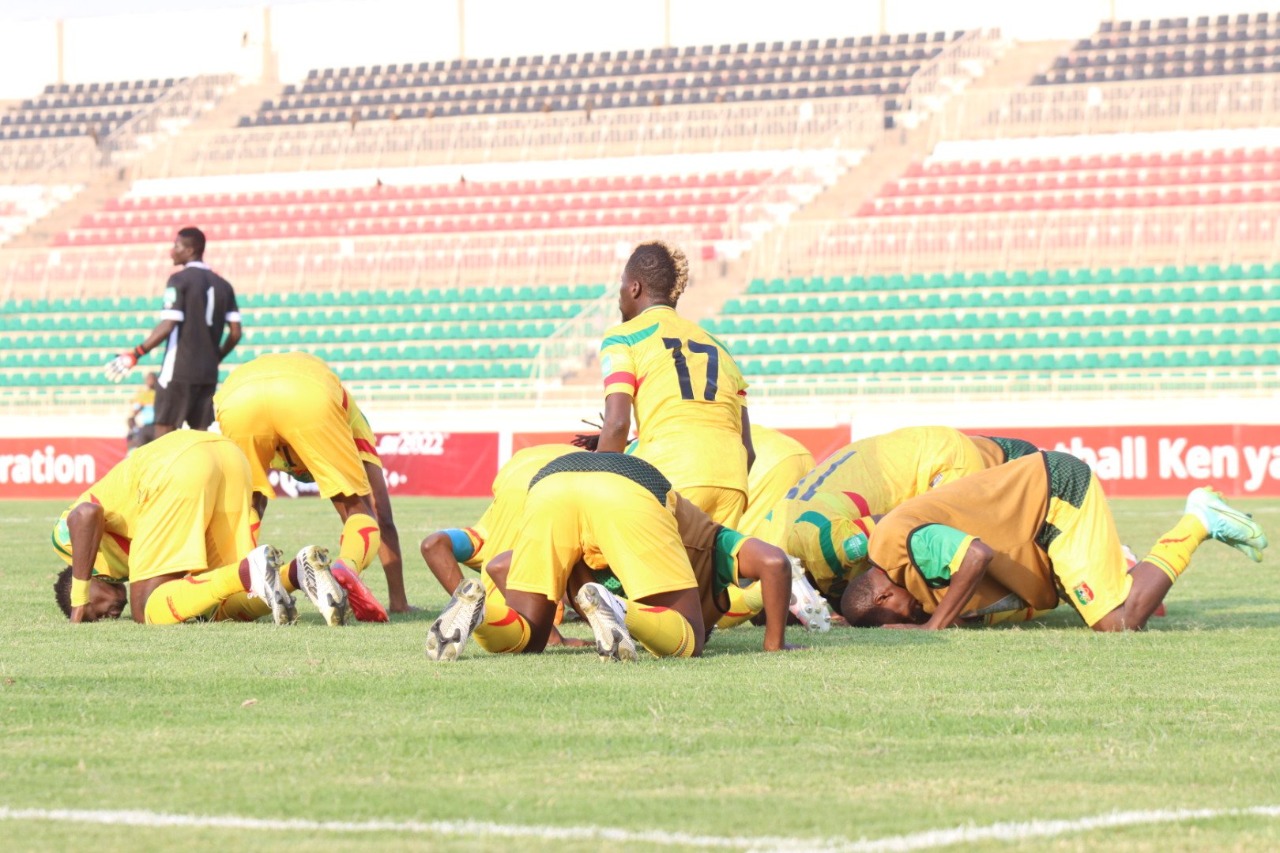 Ibrahima Kone solo strike was all Mali needed to record a 1-0 win over Kenya in a 2020 World Cup Qualifier game staged at Nyayo Stadium on Sunday 10 October 2021.

Kenya came to the game on a back of a disappointing 5-0 loss at the hands of the same opponents on Thursday and they had no option but to give their best  infront of the handful home fans who were at Nyayo Stadium.

The Firat Engin side started brightly and dominated a lion’s share of the possession but their major undoing was failing to convert their chances. Captain Michael Olunga who was deployed as a lone striker, this time played the provider role in so many instances but every time his provisions were not converted.

Wingers Boniface Muchiri and Abdalla Hassan were susceptible of missed chances with the former missing a one on one situation with the opposition keeper when everyone were convinced he was to tuck in the effort.

Olunga was to miss a free header and while Mali looked fragile at the back they were to remind the hosts of their capabilities on the break with Diadie Samassekou’s looping header hitting the crossbar in the closing stages of the first half.

While Stars were confident in the start of the second half, their lack of efficiency infront of the opposition goal saw Stars get punished in the 55th minute. Ibrahima Konate, who had grabbed a hattrick in the reverse fixture slotted calmly past Brian Bwire after getting to an end of a Charles Traore cut back.

While Stars threw in everything they could including some late subs, Mali held on to ascend to the top of the Group with ten points; two points above Uganda who beat Rwanda 1-0 on the same day.