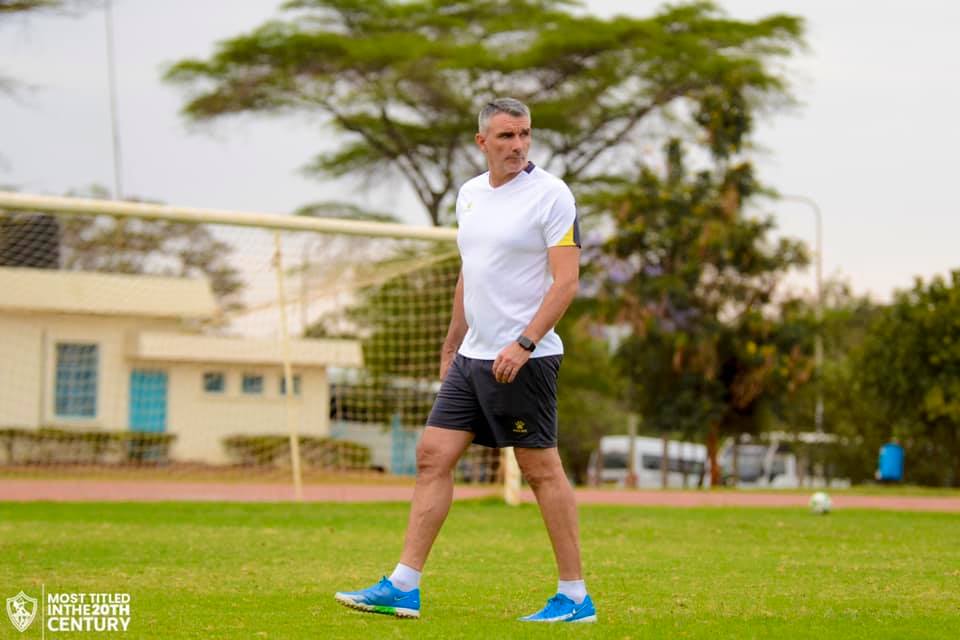 Zamalek SC head coach Patrice Carteron has insisted that the team’s main aim this season is to win the CAF Champions League.

The Egyptian giants begin their journey in the competition with a tie against Tusker FC on Saturday and according to the Frenchman, they respect their opponents since playing away from home in such a tournament is always going to be difficult.

“Our aim this season is to win the Champions League but we know that it won’t be easy. Tusker is a good team and we respect them after winning the Super Cup recently and we will have to be at our best if we are to get a result,” Carteron opined.

The Frenchman further explained why they decided to come to Kenya a week earlier ahead of the tie as they were joined by other Internationals on Wednesday night.

“Last time we were here we lost (to Gor Mahia) and we decided to come early so that the players can acclimatize with the environment. It’s not an easy environment due to the altitude but it’s something we experience in most of our away games.

“There are no easy games in this competition but I’m glad our other players (who were on international duty) joined us on Wednesday night” he continued.

The aggregate winner of the tie will head to the group stages of the competition with the loser being demoted to the last Qualifying phase of the CAF Confederations Cup.