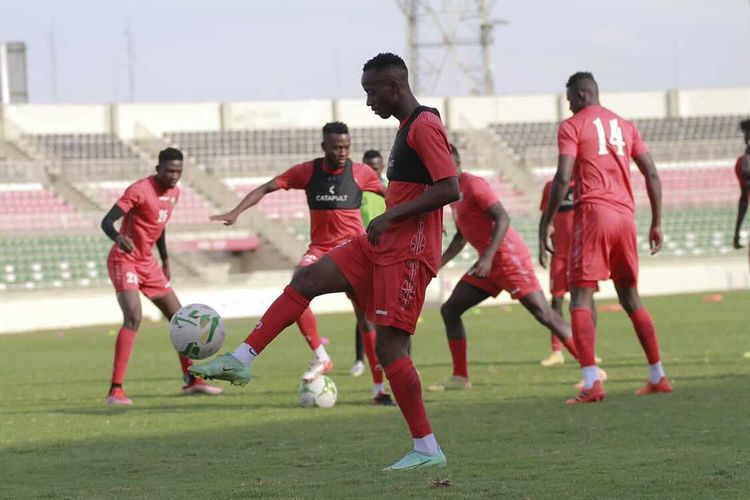 Harambee Stars midfielder Alwyn Tera is looking to be a constant figure in the national team after making his bow against Uganda last week.

Tera who plies his trade with Armenia side Ararat featured in the last consisted Kenya U23 team and while they didn’t make any strides, he says it gave him a conviction that he was capable of representing the national team after seeing leaps from some of his teammates.

While he came after the hour mark for Anthony Wambani in the game that dented Uganda’s slim hopes of making it to the World Cup, Tera admitted he had realized a dream.

“The debut was an amazing experience and it was a great honour representing my country of birth at the international level. I am grateful for the opportunity and looking for more appearances in the future,” Tera told Pepeta.

The player who only moved to Armenia this year after a long stint in Georgia with Dinamo Tbilisi where he won many accolades says he is looking forward to being better with his new team and hoping that he can replicate that with the national team.

“The season is still on (with Ararat) and the aim is always to win. I know we didn’t achieve what we wanted to achieve with the national team because every player is to feature in international tournaments and I hope I can achieve that with Harambee Stars because I believe the crop of players we have now as a country is capable of doing greater things,” he added.

Attention for Tera now shifts to the league where his team, who currently sits top of the Armenian top-flight league, visit Noah FC on November 19, 2021.

Joash becomes only the fifth Kenyan to score in Dar Derby