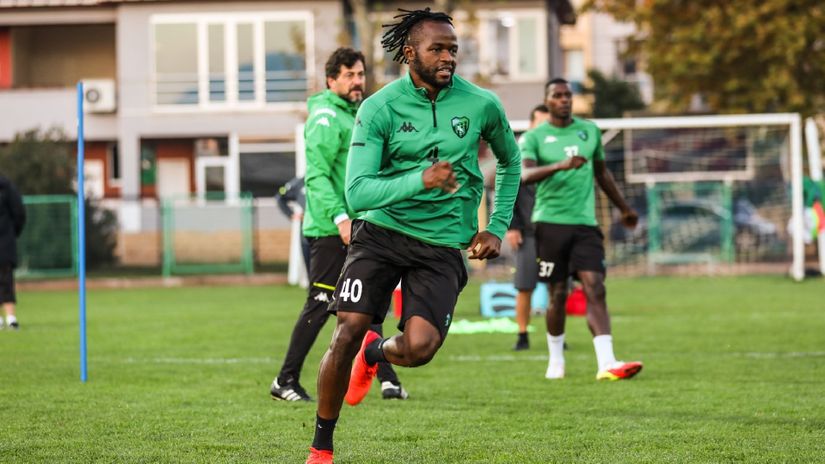 Harambee Stars midfielder Johanna Omolo is among three players who have been demoted to the Kocaelispor U19 side.

In a statement, the Turkish second division side said the move was arrived at by the club’s Technical Committee even though they didn’t give the reason which necessitated such a move.

Also Read: Im Never Going Down without a try

“Our players Johanna Omolo, İlyas Kubilay Yavuz and Taha Batuhan Yayıkçı have been excluded from the squad with the report of our Technical Committee and the approval of our Board of Directors.

“Our football players will continue their training with our U19 Team,” the statement noted.

There have been reports from Turkey that Omolo expressed his displeasure at the club’s officials for not handing him regular game time and considered terminating his contract something he denied in an earlier interview.

“My focus is to stay in the team, to help the team get to the Super League, which is its goal. The news that I am unhappy about myself is just rumors.

“It’s true I haven’t had a chance to play much here. If the players do not get much time, they cannot increase their performance to the next level. I played a lot of matches in Erzurum last year and that’s why I reached my peak performance. I think that I will improve my performance when I find time here when the coach gives me a chance, and when I start playing continuously,” he told Spor41.

Omolo moved to his current station in August 2021 after a season with Erzurumspor.