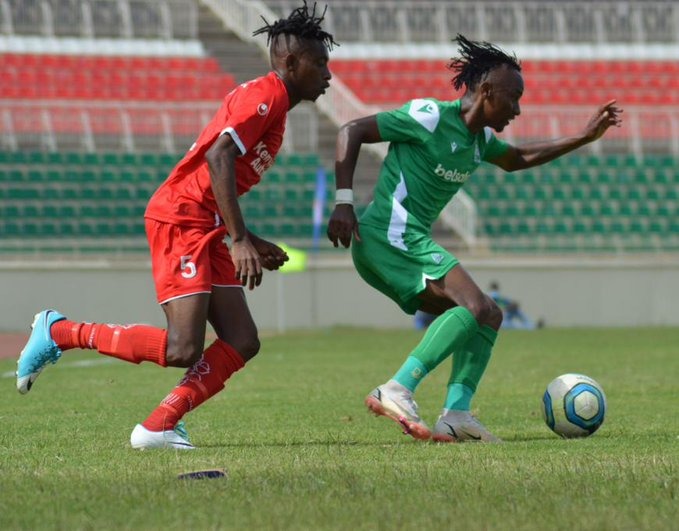 Gor Mahia maintained their unbeaten run of the season following their goalless draw against Bandari FC on Sunday.

The results see Gor at the top with 18 points, the same number of points as Kakamega Homeboyz and KCB; the latter two having recorded a 2-0 win over Ulinzi Stars and a goalless draw against Bidco United respectively in the week.

Elsewhere, Levis Barasa scored a hattrick on Saturday as Nzoia Sugar FC recorded their first win of the season following their 3-1 win over Kariobangi Sharks.

Baraza had opened the goal scoring proceedings in the 10th minute in a game played at the Sudi Grounds but the visitors restored parity in the 22nd minute through a Godfrey Shiveka’s penalty.

Barasa who joined the club this season was not done yet as he bagged two goals in the 51st minute and the 89th minute to complete his hattrick; a result that saw them leapfrog Wazito on the league table.

In other games, AFC Leopard’s woes continued as they were held to a 1-1 draw by newbies Vihiga Bullets who are still winless in the season.

Eugene Mukangula had given the visitors a 51st minute lead in a match played at the Bukhungu Grounds but a Michael Isabwa penalty in the dying minutes ensured that the Patrick Aussems side walked home with just a point.

Wazito and Mathare United woes continued with a draw against Police FC and a loss against City Stars respectively. Mathare are now placed 15th on the log with seven points just as Tusker drew with Sofapaka with Wazito being the second last on six points.