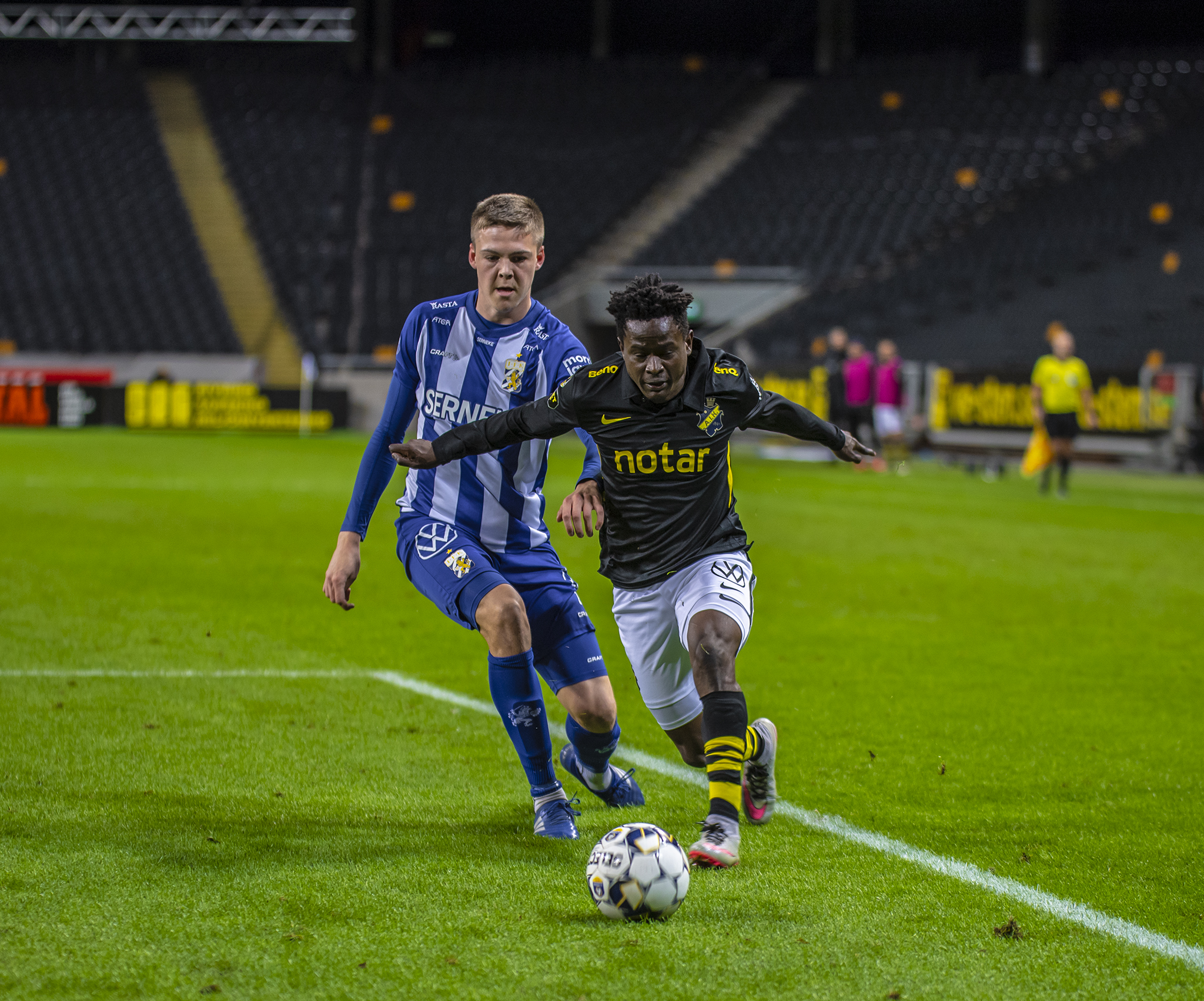 Swedish giants AIK are looking to rope in defender Patrick Kpozo as a replacement for Kenyan Eric Ouma.

Reports from Sweden indicate that the club is aware of the imminent departure of the Kenyan who is said to be attracting a lot of interest abroad and according to fotboldirekt, Kpozo is one of the players they are looking on.

The 24-year-old was in the books of AIK in 2015 when they roped him from Ghana’s Inter Allies but he failed to break into the team and was allowed to leave. He has since gone to represent Tromso IL, IFK Lulea, and currently is in the books of Ostersund.

Asked what he thought about replacing Ouma, Kpozo said: “If Otieno leaves and AIK wants me, I will of course play for them. Otieno and I are pretty much the same players. There are of course some differences but if they want me I will play for them.”

AIK feels that the player knows the DNA of the team and will take less time in adapting to the demands of the league.

Kenyan Ouma is being linked with moves to France and Belgium with a series of scouts from established European clubs having watched him play this season where he has been nominated for the defender of the year award.