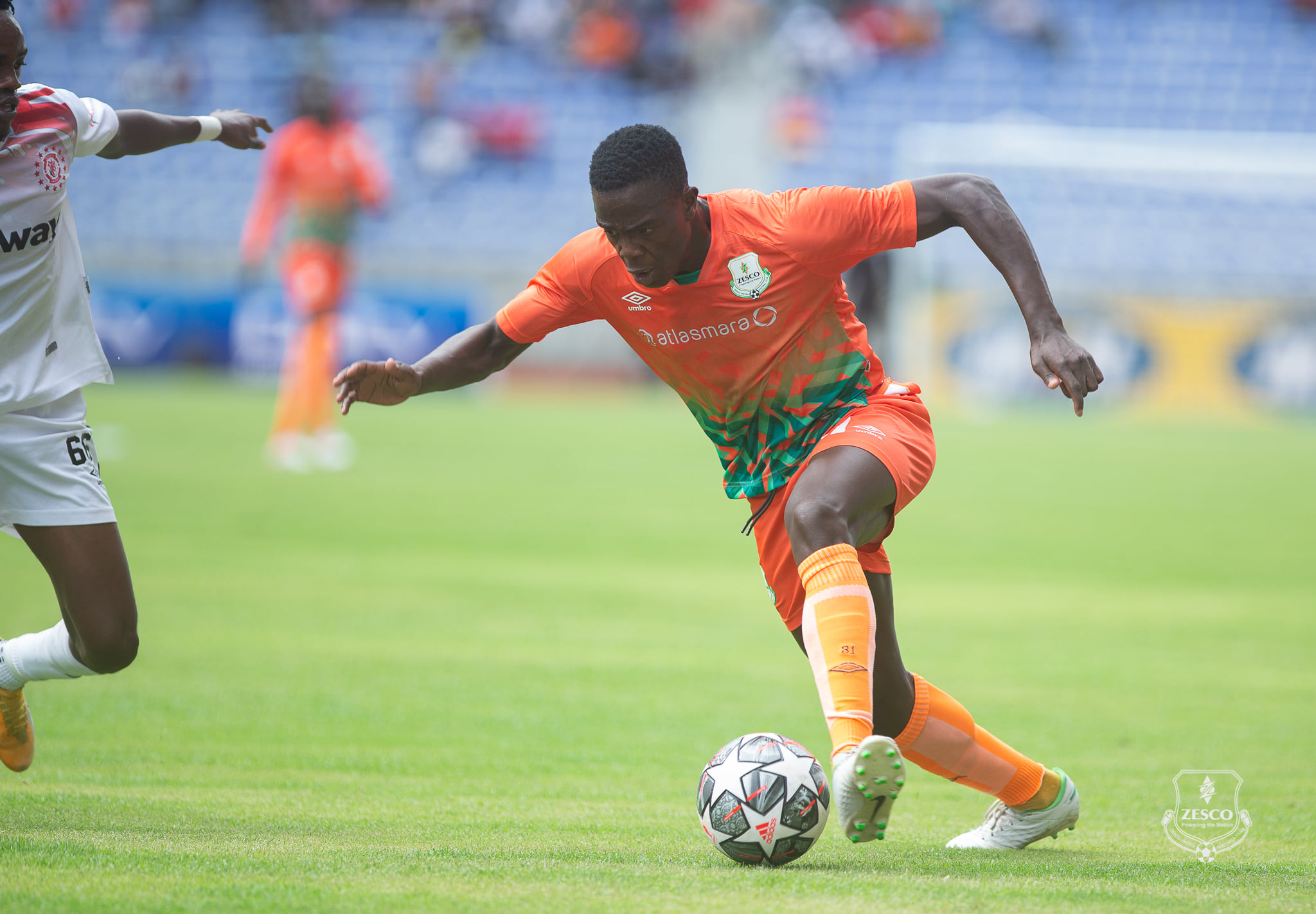 Zesco United’s new striker Vincent Oburu has opened on his first days at the club after crossing over to Zambia last month.

The AFC Leopards youth product has already opened his account with the Zambian giants and in a candid interview with the club’s portal, he admits that the Zambian league is tougher than what he was used with in Kenya.

“The league here is very tough as compared to Kenya. It is more physical but Im working very hard to cope with the situation and the demands. I want to do my best to help the team gain points and hopefully defend the title.

“I am learning a lot here from everyone. They have all welcomed me very well. The senior players have been helpful in helping me settle especially on the pitch. I am working very hard to adapt,” Oburu said.

While many people at the club hope that he will replicate his Kenyan counterpart Jesse Were who left the club at the start of the year, Oburu believes he has a different style of playing that would lead to a different path.

“Everyone is different, I am different from others who were once here. My path is also different. I am a firm believer in God, and I put him first in everything that I do. I will continue to work hard so that we can achieve more as a team,” he opines.

He however admitted that Were and keeper Ian Otieno has helped him settle in Zambia.

“Were and Otieno have been very supportive. Ian has been pushing me so far, telling me how things work around here for me to perform well. I think I owe a lot to them.

“Kalengo has also been very helpful in advising me about life here. He has particularly told me to take good care of myself and to remain focused especially that management and fans will be expecting a lot from me, particularly that I am a foreign player,” he added.

Oburu got his debut in the last 20’ minutes against Kansanshi Dynamos which saw Jesse Were score a brace for the opponent. He was to score in his second game against arch-rivals Nkana and featured in the club’s resounding 3-0 win against Green Buffaloes in their last fixture.

He will hope to get more minutes when they take on Konkola Blades on Saturday 5, March 2022.