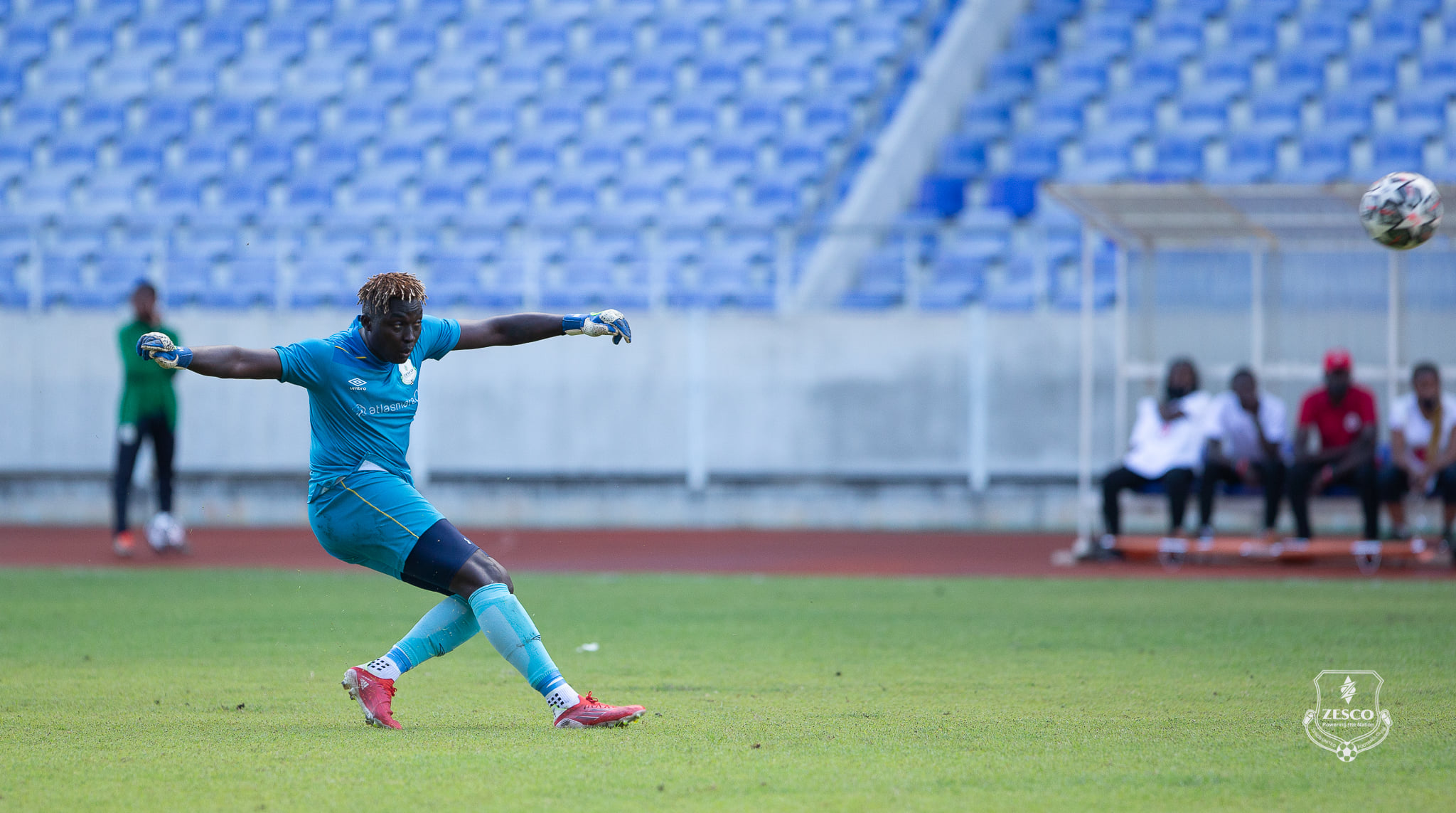 The Kenyan came off his line to stop Lukwesa from getting an equalizer for Buildcon in the 68th minute; an action that left him badly injured. He was rushed to the hospital with the club doctor Stephen Mbewe confirming that the player will be out for two weeks.

“I can confirm that Otieno dislocated his shoulder and was quickly taken to the hospital for further medical attention. He has made some good progress following Saturday’s injury. He is feeling much better. However, he will need at least two weeks to fully recover from this injury,” Mbewe said as quoted by the club’s portal.

ZESCO United’s next fixture will see the league defending champions face Power Dynamos at the Arthur Davies Stadium, in Kitwe on Sunday.

With only four games to play before the league ends, Zesco has won four games, drawn two, reducing the gap at the top of the table from seven to five.