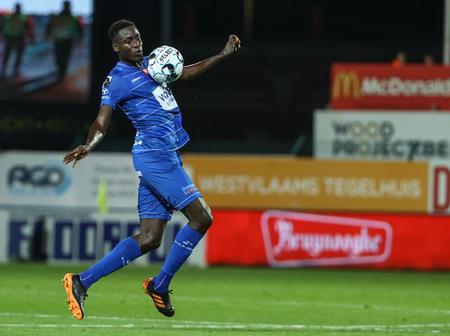 Belgian side Mechel has released a statement after a fan spat on Harambee Stars defender Joseph Okumu during their 2-1 loss to Gent on Tuesday night.

In the 78th minute of play, a supporter installed on the edge of the field was filmed spitting on Okumu just minutes after the player had been sent in to replace Hanche Olsen.

A statement from Mechel, who hosted the game noted: “The images of a person spitting in the direction of a player from the visiting team have reached us. Let’s be clear, this has no place in our stadium, in any football stadium. We provided the footage to our security team. Appropriate follow-up will be given.”

The incident came just days after Okumu had scored against the same team in the reverse fixture as both teams look for a ticket to the Conference League.

Gent had taken the lead in the 36th minute through Cameron international Ngadeu but the hosts equalized through Hairemans in the 89th minute. With the game headed for a draw, Tissoudali was to notch Gent’s winner in extra time for the precious win.