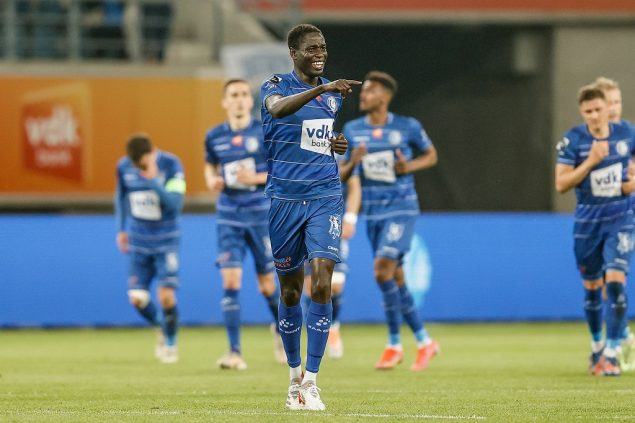 Belgium giants KAA Gent are in the market for Joseph Okumu’s replacement with the Kenyan said to be on his way out of the club.

Reports last week emerged that a chunk of big teams in Europe was after the central defender and Gent see this as an opportunity to make money and fund some of their targets in the summer.

According to Belgium portal Het Nieuwsblad, the club has settled on 24-year-old Colombian center back Willer Ditta who currently features for Newell Old Boys.

Gent has used Okumu, Michael Ngadeu, and Jordan Torunarigha as their center back options but with the latter set to return to parent club Hertha Berlin in the summer, it leaves the club one man short at the back as they have no intentions of turning his deal into a permanent one due to the fee that will be involved.

The portal notes that the club will be working to extend Ngadeu’s contract that expires within a year but wants Ditta to replace Okumu as they feel the sale of the Kenyan will fetch them some good amount that can help them address other areas on the pitch.

Old Boys have an option of 650,000 euros to sign Ditta permanently from Junior FC from December, but the Buffalos already want to jump in the race for his signature. Ditta is right-footed, but usually plays left in the center of the defense and the club feels he is the ideal successor to Okumu.

Tuyisenge out as Rwanda name team for Cameroon, Mozambique ties