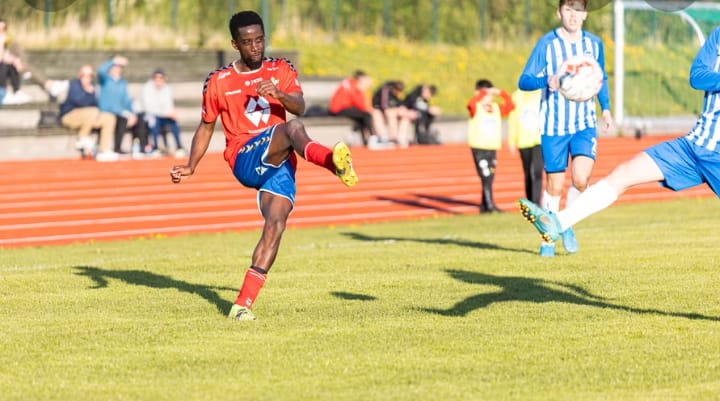 Kenyan goalkeeper Arnold Origi scored the winning goal as Hareid IL came from a goal behind to beat Norborg 2-1 in a Norwegian Fourth Division League game staged on Thursday.

Origi joined Hareid earlier in the year as a player and coach developer as he begins to integrate himself into the coaching life and has since been appearing for his team as a striker.

Halem was training the game until the 81st minute when Kristoffer Stranden grabbed an equalizer before Origi, who started the game on the bench, came with the winner in extra time.

According to the club, the 38-year-old will be with them until November 1 and will follow up on coaches and players during and after matches and hopes that the time they will share will be beneficial for the Kenyan as he works on his coaching badges.

Origi broke through at Mathare United and moved to Norway where he has gone to represent clubs such as Lillestrøm, Moss, and Hødd.