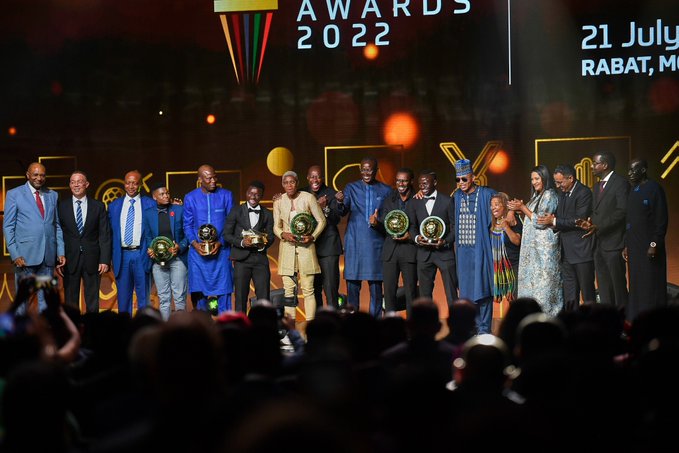 The best players in the African continent in the past year were honored in an event staged in Morocco on Thursday night.

Senegal’s star striker Sadio Mane was named African Player of the Year at the 2022 CAF Awards, after leading the Teranga Lions to their maiden Africa Cup of Nations title and having a thrilling season with Liverpool where he has since left for Bayern Munich.

A very successful evening for Senegal, who was also named National Team of the Year, while their coach Aliou Cissé was named African Coach of the Year in a glittering ceremony in the Moroccan capital, Rabat.

Mane retains the CAF African Player of the Year award, having also won it in the 2019 edition but who were the other winners?

Player of the Year

Interclub Player of the Year

Young player of the year

Coach of the Year

Club of the Year

National Team of the Year

Women: The winner will be announced on July 23, 2022 during the last match of the Women’s CAN.

Goal of the year