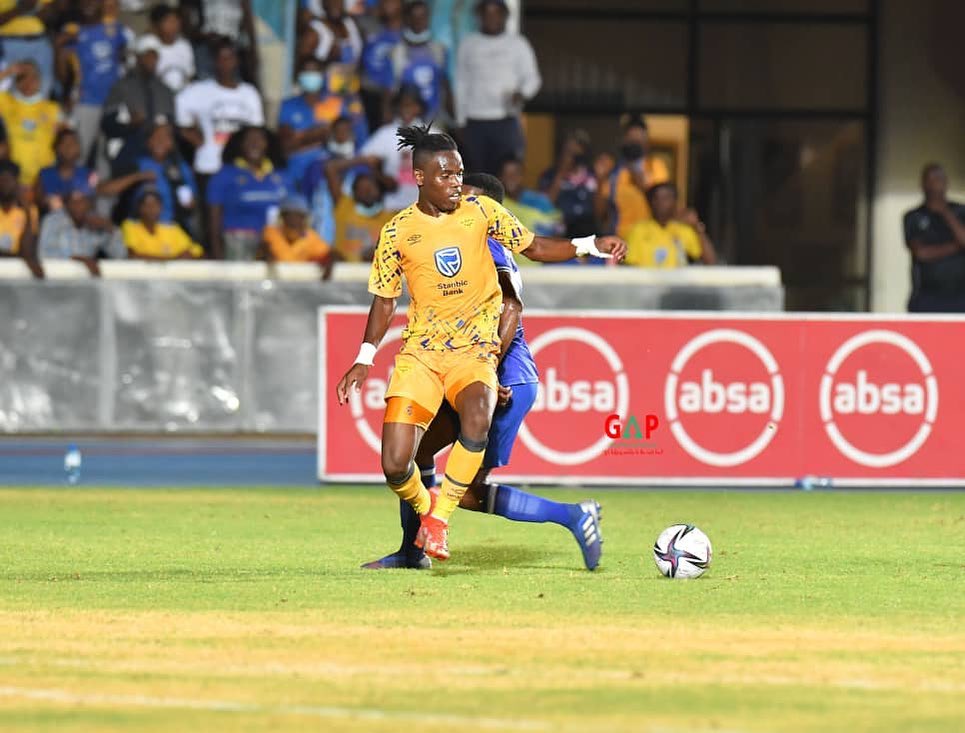 Harambee Stars winger Ochieng Ovela has been released by Botswana side Township Rollers before the culmination of his contract with the club.

Ovela signed a one-year deal with Rollers at the start of the year and still has four months left on his current deal but Pepeta has learned that the two parties will be parting ways on a mutual agreement.

Reports from Botswana indicate that Ovela won’t be the only one leaving the side this window as the club has decided to part ways with Ofentse Nato, goalkeeper Keeagile Kgosipula, Mohamed Diallo and Lebeau Binemo Madi

Ovela has been in the country featuring in a series of friendlies since the end of Botswana Premier League last season where he helped the side to a second-place finish with 66 points; six points below champions Gaborone United.

Apart from Township Rollers, the winger has previously featured for Kariobangi Sharks (in the Kenyan Premier League), Swedish side Vasalund IF, and South Africa’s Marumo Gallants.