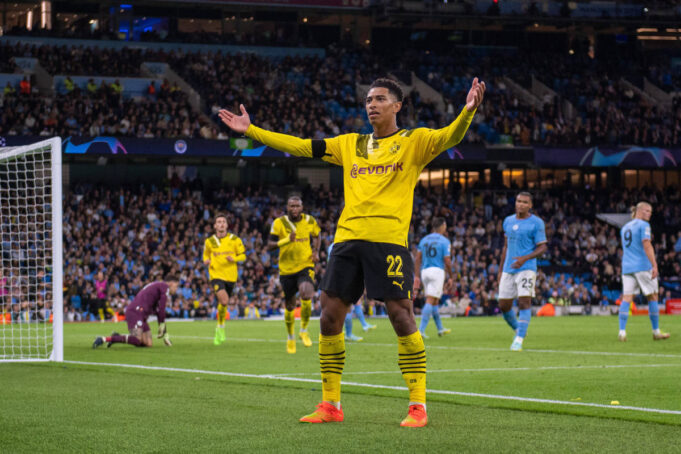 Bundesliga giants Borussia Dortmund have increased the asking price of midfielder Jude Bellingham according to reports from Bild.

The England international is one of the most sought-after players in the market currently with reports rife that Liverpool is the frontrunner for his signature come summer.

There were inquiries about the player last summer but Dortmund refused to let him go after they lost Erling Haaland to Manchester City; the midfielder going on to be a key figure for his club this season where he is expected to play an important role for England in the World Cup later this month.

Previous reports had indicated that Dortmund would ask for a €100m for the player but Bild has revealed that the price has since been increased to €150m.

Apart from Liverpool, Real Madrid, Manchester United and Chelsea are the other clubs said to be monitoring the player with a return to England looking likely.