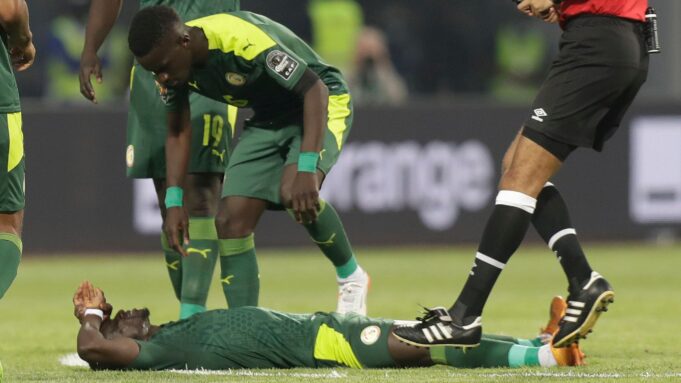 Senegal might miss striker Sadio Mane in the 2022 World Cup according to reports from  L’Équipe, Senegalese outlet Taggat, and German sports channel Sport1 on Wednesday.

Mané played just 20 minutes of Bayern Munich’s 6-1 win over Werder Bremen before he was forced off the pitch and further assessment has revealed that the injury might take longer to heal with the setback coming just over a week before the tournament is set to kick off.

Earlier on, Bayern had released a statement to quash down the fears: “Sadio Mané took a hit on his leg, which caused him a little nerve pain,” Bayern assistant Dino Toppmöller told reporters. “It’s nothing too serious and it shouldn’t impact his World Cup involvement.”

Senegal will begin their World Cup campaign against the Netherlands on Monday 21 November. Apart from the Dutch, Senegal’s group has hosts Qatar and Ecuador.

Mane’s absence will be felt massively in the Senegal camp having picked up 93 caps for his country and scored 34 times.  He was instrumental for the team on their way to winning this year’s Africa Cup of Nations as they beat Egypt on penalties in the final – having scored four goals during the tournament.

Mane – who joined Bayern from Liverpool for £35million in the summer has scored 11 goals in 23 appearances in all competitions, laying on four assists for the Bavarians.