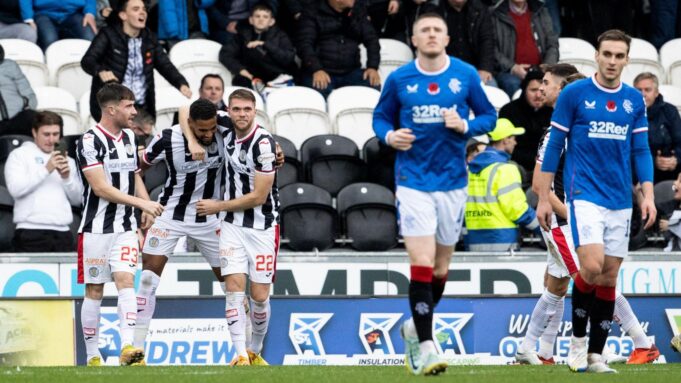 It has been a perfect Saturday for Kenyan players abroad with striker Jonah Ayunga and midfielder Eric Johanna both scoring for their respective teams.

Ayunga who managed 79 minutes for St Mirren in the Scottish Championship was to open the goalscoring proceedings two minutes after half time but his side was to share a point with giants Rangers with the visitors scoring from the penalty spot six minutes from time through Tavernier. The draw leaves them in seventh place with 21 points after 15 games.

In Thailand, Johanna was on the scoresheet in Muang Thong United’s 2-2 draw against Nongbua Pitchaya. Hosts Pitchaya had taken a half-time lead thanks to Phanitchakun 33 minute strike but Johanna restored parity on the hour mark. Tardeli was to restore the hosts’ lead 16 minutes later but Muang Thong ensured they walked home with a point thanks to an extra-time goal from Kanyarot.

In England, Clarke Oduor was introduced in the 81st minute as Hartlepool went 0-1 down to Stevenage; a result that leaves them placed second from bottom in the League Two table.

In Georgia, Amos Nondi managed the full game as they beat Lokomotivi Tbilisi 1-0 to move to fourth in the Georgian top-flight league.

In South Africa, Brian Onyango made his return from injury in Mamelodi Sundowns’ 4-0 win over Orlando Pirates in the Black Label Cup even though he as an unused sub. Another return on the day saw goalkeeper Ian Otieno between the sticks as Zesco United lost 0-1 to Zanaco. The shot stopper has been missing from the club since their elimination from the CAF Confederations Cup last month at the hands of Royal AM.

In Portugal, Johnstone Omurwa stood at the heart of CF Estrela da Amadora defense as they beat UD Oliveirense in the country’s second division to move to fourth in the log.