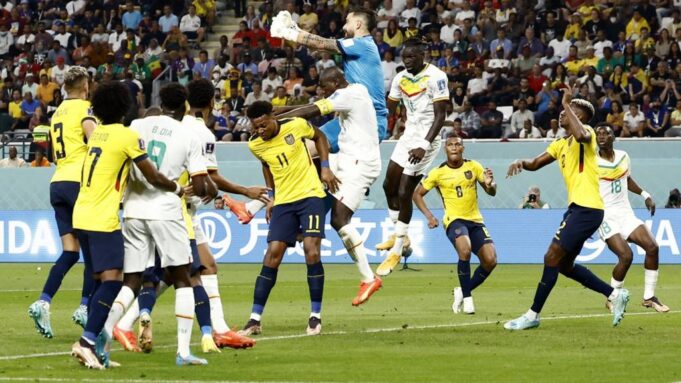 African giants Senegal beat Ecuador 2-1 in their last group game to make it to the last 16 of the 2022 FIFA World Cup.

Senegal dominated the earlier player but was undone by some poor finishing but their efforts paid minutes to the end of the first half when they were awarded a penalty when Ismaïla Sarr was bundled over in the box, and then stepped up to convert the spot-kick.

The game got really interesting when Senegal were sitting deep rather than pressing home their advantage, and Ecuador took their opportunity when Moises Caicedo netted from a corner. But just three minutes later, with a place in the knockouts at stake, Kalidou Koulibably put Senegal back in front with an inch-perfect volley.

There were some late scares from Ecuador but Senegal held on to take the crucial win and qualification.

The win might see the African nation face England in the last 16 should the Gareth Southgate side lead their group which will be decided later in the day when they face Wales.

Netherlands finished on top of Group A following their 2-0 win over Qatar; the Louis van Gaal side netted their goals through Gakpo and De Jong who have both been linked with a move to Manchester United.

In Search of a Foreign Talent